As informed, the innovative 7,000 CEU vessel concept will use wind as the main form of propulsion.

It will operate at speeds of 10-12 knots under sail that can be increased with the supplemental power system.

What is more, it will be able to reduce emissions by as much as 90 per cent.

To remind, last year, a Norway-based shipping company Wallenius Wilhelmsen announced plans to build a wind-powered pure car and truck carrier (PCTC) that would be operational by 2025. The vessel is in line with the company’s mission to phase out fossil fuels.

Named Orcelle Wind, this is the first unit from the Oceanbird concept and is one of the alternative paths Wallenius Wilhelmsen is looking into. The wind-powered Oceanbird shipping concept was developed by Wallenius Marine.

The wing sail technique was developed by AlfaWall Oceanbird, a joint venture between Alfa Laval and Wallenius.

The Oceanbird vessel concept is fitted with five wing sails, each at around 80 meters high. The array of rigid wing sails, built from steel and composite materials, generate forward movement instead of vertical lift. These wing sails will be able to turn 360° to make optimal use of the wind and can be lowered to pass under bridges. 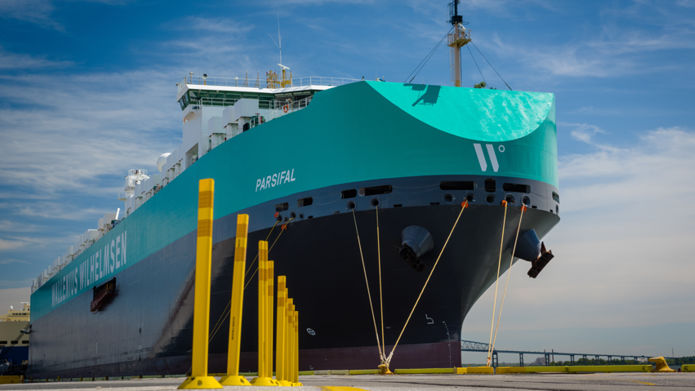