The Land and Environment Court in Umeå granted the environmental permit 11 months after the application was submitted.

With the environmental permit in place, the partners are gearing up for ground preparations and the beginning of the construction phase in 2023.

The facility will be built in the municipality of Örnsköldsvik in northeast Sweden.

According to Claes Fredriksson, CEO and founder of Liquid Wind, the permit marks another major milestone for the project and the maritime value chain.

“In parallel, we are approaching a final investment decision for FlagshipONE, and just recently we announced our cross-sector collaboration for zero-emission shipping with DFDS, Stena Line, Ørsted and the Port of Gothenburg to establish an electromethanol (e-fuels) hub“, Fredriksson said.

Anders Christian Nordstrøm, COO at Ørsted PtX, commented: “I am delighted that the FlagshipONE project is proceeding at speed. Producing e-fuels for the shipping sector is an important part of Ørsted’s mission to help decarbonise hard-to-abate sectors. As a company, we’re certain that scalable and modular projects just like FlagshipONE will help us deliver on our ambitious P2X plans.”

Since its foundation in May 2017, Liquid Wind has established strategic partnerships with Alfa Laval, Carbon Clean, Siemens Energy, Topsoe, Worley and Uniper.

Earlier this year, Liquid Wind and Ørsted reached an agreement, under which Ørsted acquired a 45% ownership share of FlagshipONE.

Liquid Wind and the FlagshipONE project also received the investment grant ‘Klimatklivet’ from the Swedish Environmental Protection Agency, Naturvårdsverket, which works on behalf of the Swedish government.

In addition to FlagshipONE, the company intends to develop a second commercial-scale electrofuel facility in Sweden with compatriot energy services provider Sundsvall Energi.

The FlagshipTWO project is expected to further strengthen Sweden’s position in the green transition while supporting local fossil-free fuel production. The facility will have twice the capacity compared to FlagshipONE in Örnsköldsvik, and will serve the maritime market. 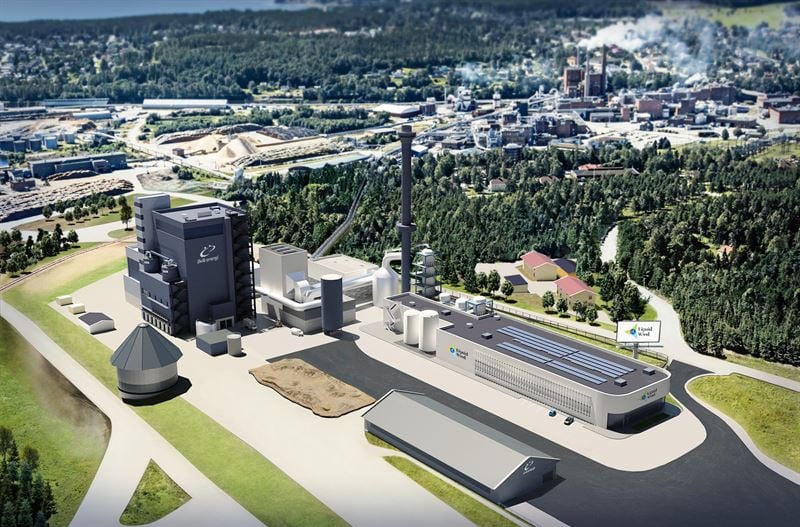