Following the fatal Maersk Honam fire that claimed the lives of five seafarers, Danish industry major Maersk has implemented new guidelines on stowage of dangerous goods to improve safety across its containership fleet of over 750 ships.

The company said that it has developed a new set of principles called Risk Based Dangerous Goods Stowage, and is now calling on the industry stakeholders to conduct a comprehensive Hazard Identification study in order to validate them. The new guidelines have reviewed over 3,000 of United Nations (UN) numbers of hazardous materials, as well as different containership designs, resulting in the defining of six different risk zones.

The principles have also been presented to the International Maritime Organization (IMO) as well as the Danish Maritime Authorities.

“All cargo aboard Maersk Honam was accepted as per the requirements of the International Maritime Dangerous Goods Code and stowed onboard the vessel accordingly. Despite this, as the fire originated in a cargo hold in front of the accommodation which held several containers with dangerous goods, it had an unbearably tragic outcome,” says Ole Graa Jakobsen, Head of Fleet Technology at Maersk.

“This clearly showed us that the international regulations and practices with regards to dangerous goods stowage needs to be reviewed in order to optimally protect crew, cargo, environment and vessels.”

As a result, Maersk said that cargo covered under the International Maritime Dangerous Goods Code will no longer be stowed next to accommodation and main propulsion plant which is defined as the zone with the lowest risk tolerance.

The company plans to continue to review its rules and policies for accepting dangerous goods and assess how to further improve them.

Together with other members of the CINS, Maersk is seeking to channel these experiences into developing new industry best practices.

“Containership fires are a problem for our entire industry and we intend to share and discuss our learnings from this thorough review within relevant industry forums. We very much believe that discussions, views and insights among container carriers can further improve fire safety in our industry,” says Jakobsen.

In the coming months, a review aimed at creating best management practices for dangerous goods stowage will be undertaken with participation from ABS, Lloyds Register, the International Group of PandI Clubs, National Cargo Bureau, the TT Club and Exis Technologies.

Once the project is completed the best management practices will be published and presented to the IMO.

On Tuesday 6 March 2018, Maersk Honam reported a serious fire. The boxship was carrying dangerous goods in the cargo hold where the fire originated, however at this time, there is no evidence to suggest that dangerous goods caused the fire, Maersk indicated.

Investigation into the root cause of the fire in the cargo hold is still underway. 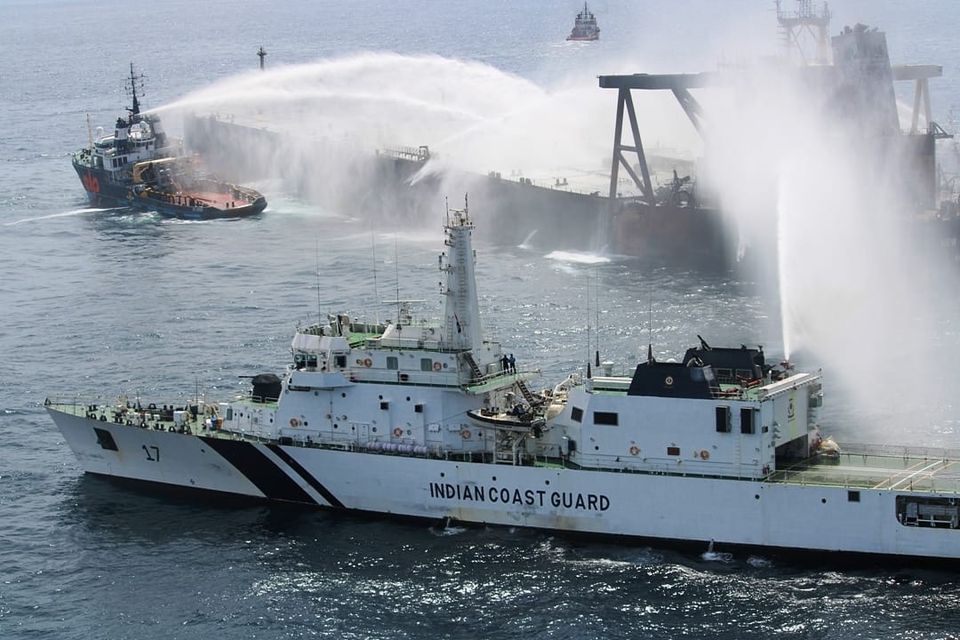