German engine manufacturer MAN Energy Solutions and the Union of Greek Shipowners (UGS) have joined forces on decarbonisation solutions, especially in regard to the testing and development of alternative fuels and, more generally, the maritime value chain.

Following a meeting during the 2022 Posidonia trade fair in Athens, the partners have revealed their joint commitment to decarbonize shipping. During the meeting, it has been noted that decarbonisation in the shipping sector requires the contribution of multiple stakeholders, including engine manufacturers and manufacturers.

“In MAN Energy Solutions’ view, decarbonisation can best be achieved through forging alliances. As ever, Posidonia has proven invaluable as a platform for meeting like-minded partners such as UGS, with its influential position within the Greek – and indeed, global – maritime industry,” Wayne Jones OBE, Member of the Executive Board – Global Sales & After Sales – MAN Energy Solutions, said

The meeting also delivered concrete proposals with both parties agreeing to support Greece’s National Merchant Marine Academy through the contribution of teaching material and donation of equipment for teaching purposes.

Established in 1916, the UGS represents Greek-owned commercial vessels of over 3,000 gross tonnes under the Greek and other flags.

Greek shipping currently represents some 59% of the EU-controlled fleet and almost 21% of the world’s deadweight capacity, according to UGS.

Meanwhile, MAN Energy Solutions has been working on decarbonisation solutions to achieve its net-zero pledge.

The company believes that decarbonisation in shipping can only happen by decarbonising the fuels used in internal combustion engines.

As large, ocean-going vessels cannot be electrified with batteries or fuel cells, the company is convinced that large combustion engines will continue to power such ships in the future.

While fuels like LNG, LPG, ethane and bio-fuels may well bring the global fleet closer to 2050 emission targets, MAN Energy Solutions believes that alternative fuels like green ammonia, methanol, synthetic methane, and green hydrogen have the potential, when produced through renewable energy, to become completely net-zero.

In November last year, the German firm revealed its plans to work on upgrading its four-stroke engines to run on green future fuels, including methanol and ammonia.

In addition to this, in April of the same year, MAN ES revealed that it is also developing a fuel-flexible, two-stroke ammonia engine which is expected to be commercially available for large-scale ocean-going ships by 2024.

The development is part of the “AmmoniaMot” project aiming to produce a dual-fuel, medium-speed engine capable of running on diesel fuel and ammonia. 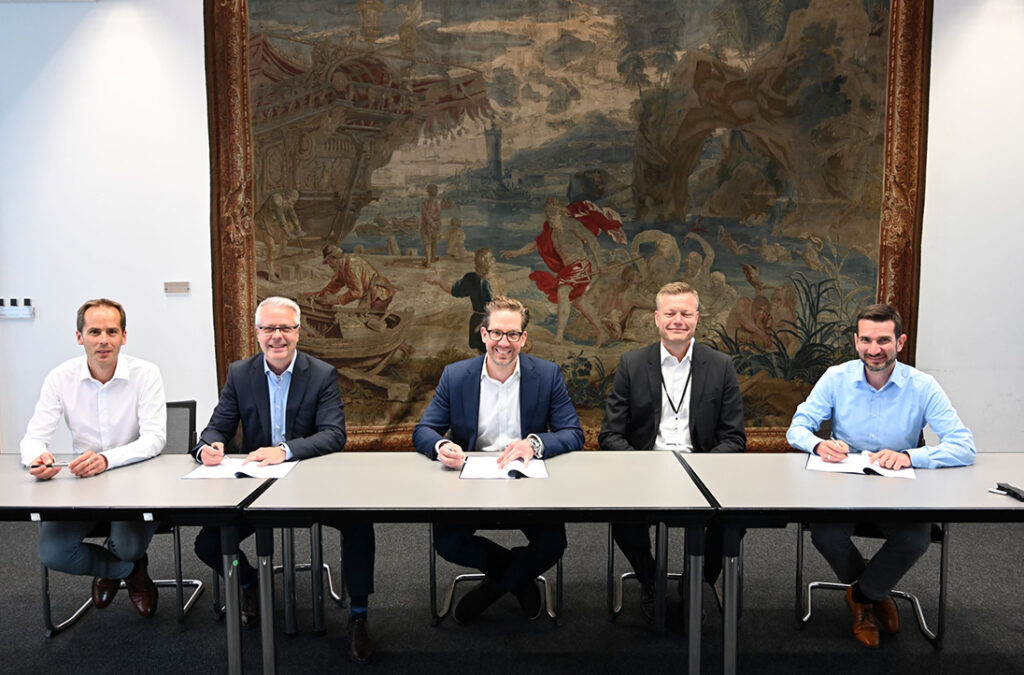