Jinling is building the 230-meter RoPax ferry for German ferry operator TT-Line under a contract that contains options for an additional ship.

According to MAN, Jinling has ordered a total of four engines.

The newbuilding is based on TT-Line’s Green Ship design, developed in collaboration with Copenhagen-based designer, OSK-Shiptech, and is scheduled for delivery in 2022.

The ship will serve within TT-Line’s route network in the Baltic Sea. Operating on LNG, it will have 50 percent fewer emissions than TT-Line’s previous generation of vessels.

The vessel will feature a complete MAN propulsion package, besides the engines, including propellers, a fuel-gas-supply system (FGSS), and the fuel-saving, hybrid propulsion system HyProp ECO.

“Running on LNG, our propulsion package will enable this vessel to operate on such low emissions that it will become the most environmentally friendly RoPax ferry in the Baltic,” Lex Nijsen, Head of Four-Stroke Marine Sales – MAN Energy Solutions, said.

“This order is the very first MAN dual-fuel, diesel-mechanical propulsion system for a ferry application,” he pointed out.

The newbuilding will have the capacity for 800 passengers and over 200 articulated lorries. The company currently has six ferries operating on various routes in the Baltic Sea. 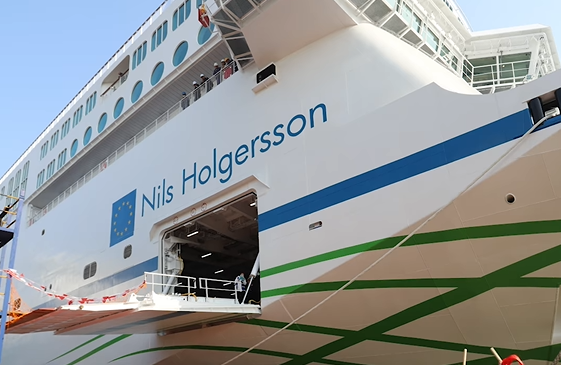