The company has already won a niche in the market for undertaking fast response assignments in the offshore fields of America, Trinidad and Mexico.

It has created a suite of rapidly deployable ROV packages comprising Saab Seaeye Lynx and Falcons set in small-footprint containerised systems ready for speedy deployment from a 150 foot vessel.

Nat Spencer, Meridian’s Principal and Director of Business Development, explains that the Lynx, with its TMS and enhanced operating features, will expand the company’s range of inspection roles in deeper platform work, around buoys, artificial reefs, and for cleaning and diver support.

He says the Falcons are already deployed on a range of these tasks, which include monitoring fish populations around artificial reefs created by rigs. There the Falcons film and record the effect on local fish when invasive species are introduced that follow rigs when moved from one location to another.

Speaking from Saab Seaeye’s Houston office, Chris Roper, the North America sales manager, says he is pleased to see another successful company amongst the growing list of Saab Seaeye ROV owners in the USA. 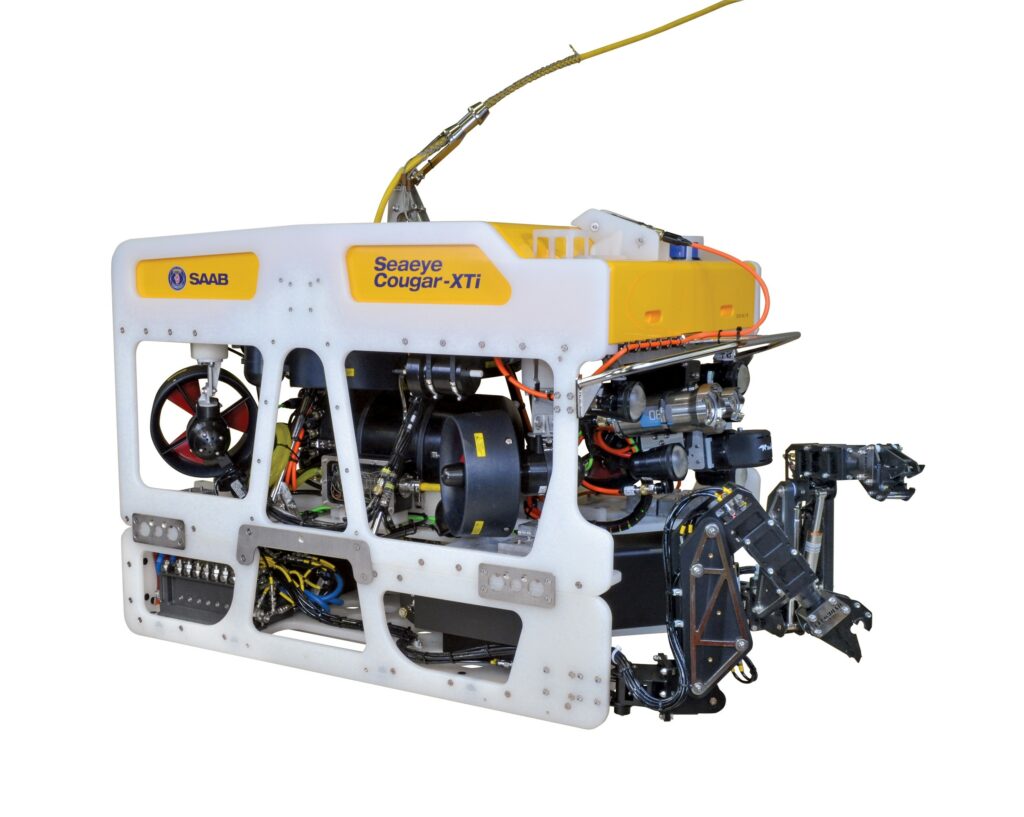