Croatian gas supplier MET Croatia has wrapped up its first LNG delivery to the Krk LNG terminal in the northern Adriatic Sea.

The cargo was delivered on 26 April by Methane Nile Eagle, a 145,000-cubic metres LNG vessel, which loaded at the Zeebrugge terminal in Belgium.

Besides being MET’s first delivery to Krk, this marks Croatia’s fifth cargo imported to date, and the first one originating from an EU port.

MET Croatia booked an overall capacity of 2.67 billion cubic metres at the Krk LNG terminal for a period of seven years.

MET also supplied the commissioning cargo to the floating storage and regasification vessel LNG Croatia in Sagunto, Spain, in November 2020.

Mario Matković, CEO of MET Croatia Energy Trade, said that additional two LNG cargoes are due to be delivered by MET Croatia to the Krk terminal before the end of October 2021.

Croatia’s first LNG terminal, located on the island of Krk, has the capacity to send up to 2.6 billion cubic metres per year of natural gas into the national grid. The terminal uses a permanently moored floating storage and regasification unit (FSRU) LNG Croatia.

The terminal began operating commercially on 1 January 2021, after the commissioning of the FSRU and overall LNG terminal infrastructure activities in December 2020. Its full storage capacity is booked for the next three years, with 84 percent booked until 2027.

The project cost €233 million, with the European Union providing €101 million. 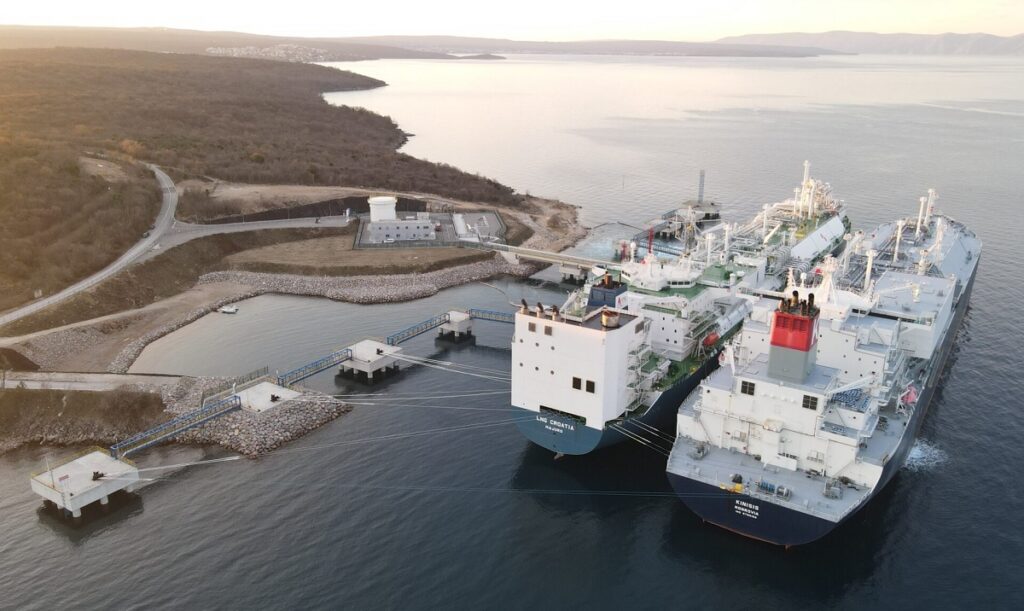