Advertisement
Back to overview
Home Subsea MH370 Search Back On?

The underwater search for the missing Malaysia Airlines flight MH370 could continue as the US-based seabed exploration specialist reportedly offered to take another stab at the likely search area.

The two-year search was suspended in January this year after it failed to find the MH370 flight that vanished on March 08, 2014, en route from Kuala Lumpur to Beijing with 239 passengers and crew aboard.

However, Voice 370, a support group for MH370 families, released a statement claiming that a private entity has offered to resume the seabed search for the plane at its own cost with the understanding that it would be paid only if it finds the main debris field. Voice 370 also added that Australian research team recently narrowed the likely search field to less than 25,000 sq km after extensive modeling and review.

According to Reuters, ‘the entity’ behind this proposal is exploration firm Ocean Infinity, which has been working on a new multiple autonomous vehicle seabed survey system. The system comprises autonomous underwater vehicles (AUV) from Kongsberg Maritime and SeaWorker autonomous surface vessels from ASV Group.

Ocean Infinity’s survey system will have a fleet of eight AUVs and eight USVs. The autonomous vehicles will use InfinityView, a mission planning software, for individual missions allowing for simultaneous operations while in the water.

It has not yet been confirmed if the search will be re-launched over the new narrowed search field or it will consist of other search areas as well. During the the previous campaign, a few unconfirmed traces have been found outside the 120,000 square-kilometer search area, when debris washed up on the Mauritius, the French island Reunion and an island off the coast of Tanzania. 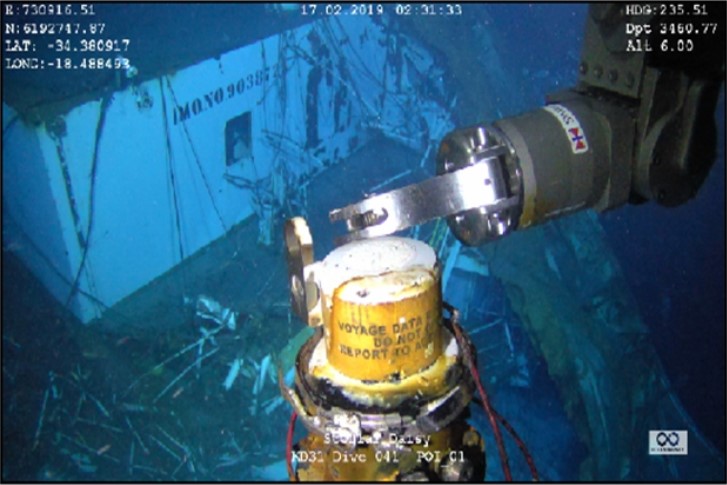