Manufactured by SMD in North East England, the cutting edge 150hp Quasar ROV ordered by Modus will be the first work class system in operation in the industry, which utilises step change technology in advanced auto function and control.

Modus will be the first operator in its field to deploy the state of the art Quasar ROV which features the advanced functionality developed by SMD in conjunction with SeeByte.

Offering a range of precision auto position controls, this system will enable greater accuracy in ROV positioning throughout the water column, including high current reactive control.

The new spread is currently in production and will join Modus’ fleet of CS (Construction Support) ROV systems in the third quarter of 2013.

The company operates a fleet of state-of-the-art trenching and work class ROV’s and AUV’s (Autonomous Underwater Vehicles) and is actively involved in marine trenching, survey, IRM and construction support operations across the world. The new technology will be the ninth vehicle in Modus’ fleet and confirms its standing as a leading provider of universal Unmanned Underwater Vehicle services.

Lee Rosby, Sales Manager for work class ROV’s at SMD, said: “Modus Seabed Intervention is a valued and long standing customer of SMD and we are delighted that they will be the first to take the new SMD DVECS-S Advanced Vehicle Control System to market.

“We are very proud to be the first company to deploy this step change in construction support technology, which will enhance the operations and services we deliver to our customers in the offshore renewables and oil & gas sectors.” 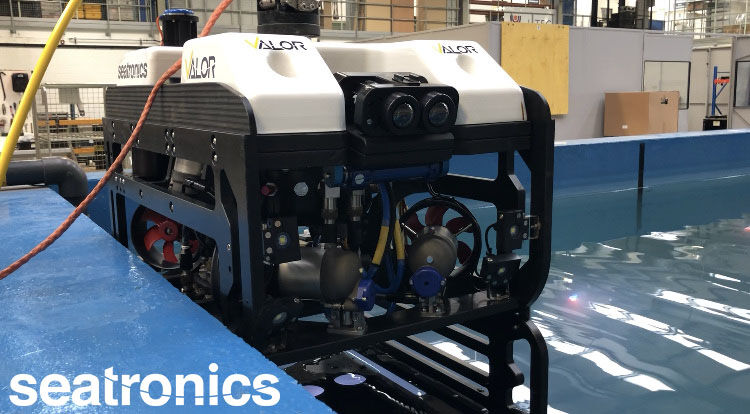