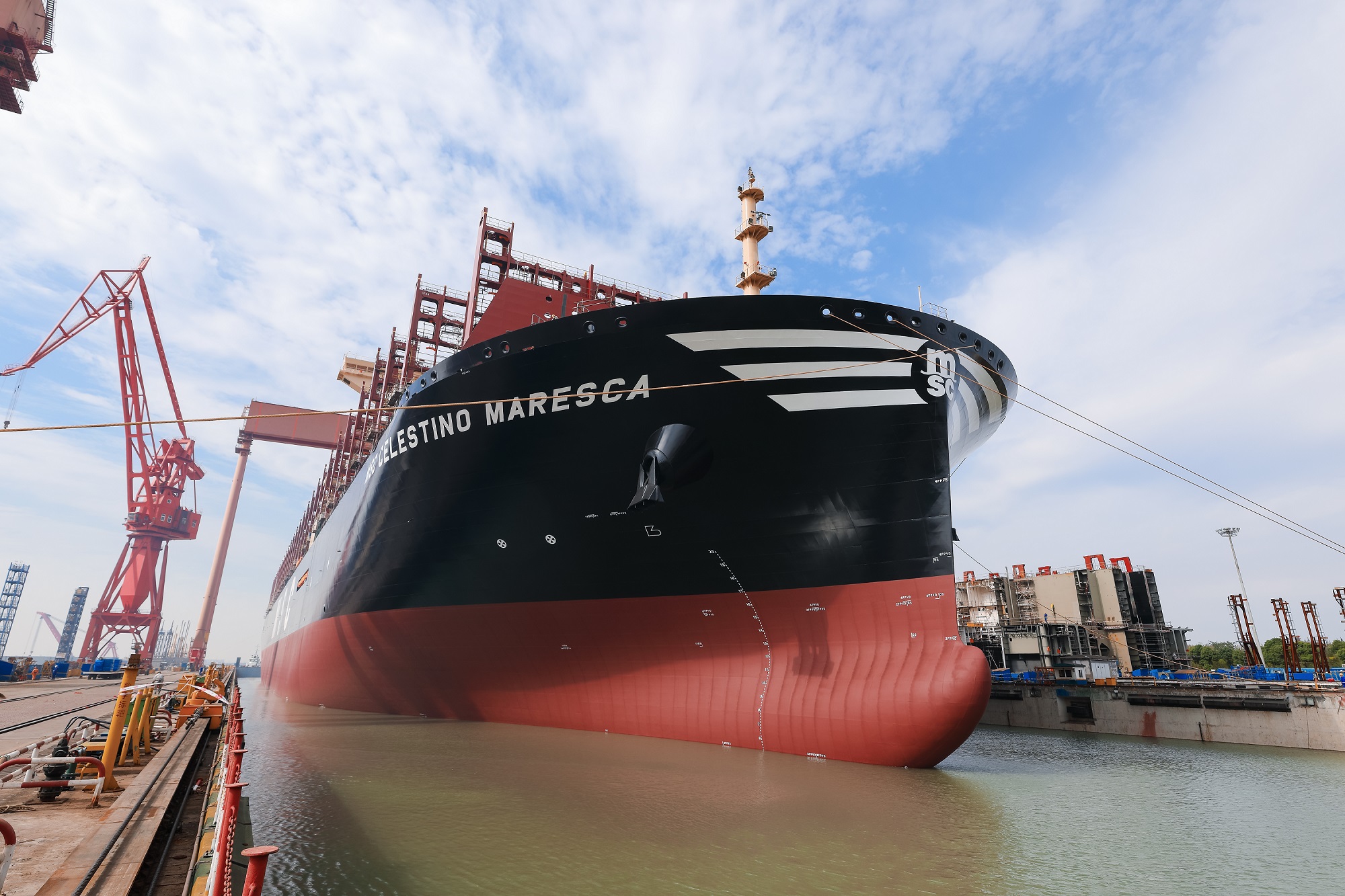 The second ultra-large containership with a capacity of 24,116 TEUs built for Mediterranean Shipping Company (MSC) has been undocked in China.

The ceremony took place on 11 October at Hudong-Zhonghua’s shipyard Changxingdao.

The newbuild is independently designed by Hudong-Zhonghua and classed by the classification society DNV.

It features a total length of 399.99 metres and a width of 61.5 metres. The maximum number of container layers is 2, which is equivalent to the height of 22 floors. The vessel can carry more than 240,000 tons of cargo, according to the company.

Furthermore, it is equipped with the bubble drag reduction system which is expected to reduce the total energy consumption and the corresponding total carbon emissions by 3% to 4%.

To remind, the first MSC’s ultra-large containership with a capacity of 24,116 TEUs was undocked at the same shipyard two months ago.

Together, the two ships indicate the increase in the construction of the world’s ultra-large containerships led by Chinese shipbuilders. 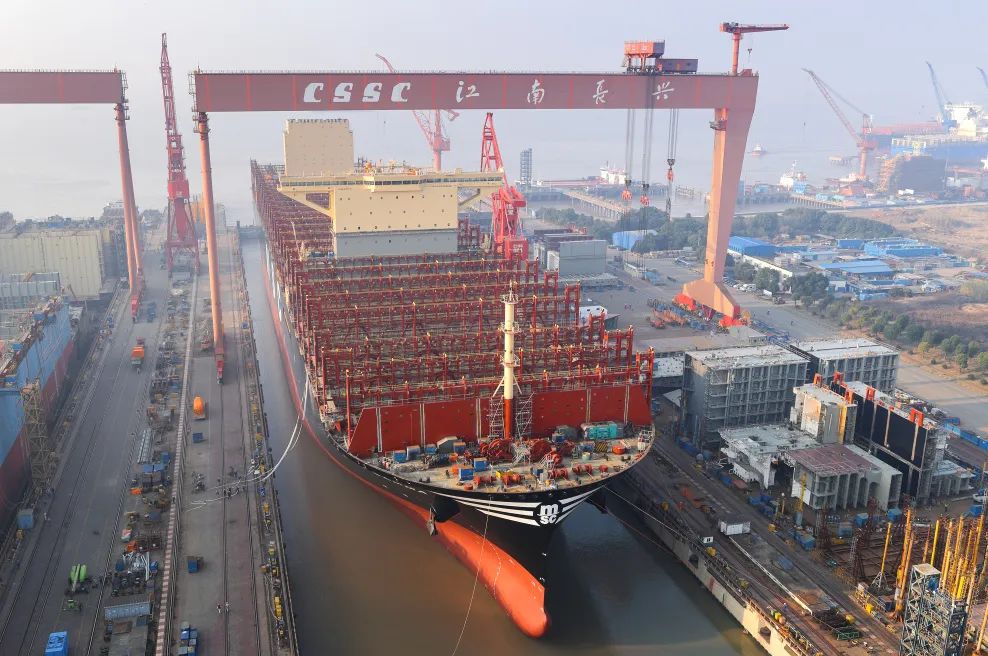