On 30 April 2015 Carnival Corporation & Plc, owner of nine cruise companies such as Holland America Line, AIDA Cruises and P&O Cruises, organised a press conference to showcase the building of their new training centre in Almere in which they expect to train over 6,500 officers annually. Strikingly, the way Carnival officers are trained is not the traditional way.

Captain Hans G. Hederström, managing director of CSMART (Center for Simulator Maritime Training), explains this new way of training: “Traditional training and bridge organisation are based on someone’s rank, ours are based on function. Therefore, we have introduced four new control functions in place at the bridge. Firstly, there is the navigator, who is basically responsible for navigating the vessel. Next to him, there is a co-navigator, whose main task is to execute the command given by the navigator. Furthermore, in more complex navigational situations an operations director and administrator will amongst others be present on the bridge.”

This new operation manner was introduced in 2008 by Carnival, mainly to increase efficiency, involvement, cooperation and safety. Hederström: “In the old, rank-based bridge organisation, the captain was operating and leading in front of the bridge team. Other officers trusted his opinion, without really questioning him although their idea about how to handle the situation might well have been a better one. In our new function-based bridge organisation each officer, whatever his rank, might offer his suggestions. However, this does not mean the captain loses his authority. He still remains in charge of the team.”

In the CSMART training centre in Almere, the Netherlands, Carnival’s officers are trained according to this new manner. Hederström: “Some situations are too dangerous to experience and learn from in real life. However, you have to be familiar with and train every situation possible. That is why simulations are so important.”

The first CSMART training centre opened in 2009 in Almere, and in 2014 Carnival realised they were outgrowing their current location. In consultation with the municipality of Almere, the new building location Duin was found suitable. To accommodate the expected 6,500 officers each year, Carnival is also investing in a five-star hotel with 200 rooms, next to the training centre. Mid-June 2016 the new centre will be taken into operation.

Mark Pol, Almere’s alderman responsible for economic affairs, finance and real estate stated the impact the project is having on Almere: “The economic impact is significant. Carnival is investing € 70 million in the new-build, 60 full time, and 15 part time people will be employed, and the expected annual economic spin-off for the greater Almere area is € 17.5 million.”

The centre will contain four full mission bridge simulators including bridge wings, four engine room simulators, nine smaller part task simulators and a fully equipped safety training centre. All simulators are based on the newest types of Carnival vessels, so officers will have no problem recognising the system when going on board. All Carnival officers are required to take part in the training, the bridge officers as well as the engine room officers, as completing the training provides them with certain certificates necessary for their function. As of 2017, Carnival also requires the officers who have completed all courses to take part in the proficiency, training and assessment course.

The suppliers of the equipment consist among others of TraNS’s simulators, Pro Systems’s audio systems and electrical installation by SAM Electronics. Big names, in the area of equipment. However, according to Hederström: “Everybody can buy the equipment; it’s people who make the success.” 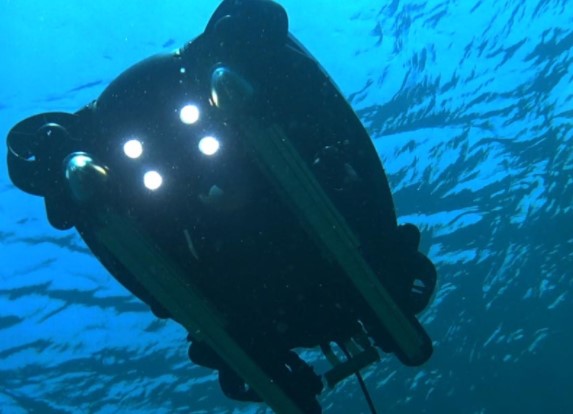