The move follows the closure of The Underwater Centre in Fort William, which entered administration last month. The facility’s assets are now being marketed by administrators, with what is believed to be considerable interest from private sector firms.

The HIE has been leading efforts to build on the area’s reputation for subsea training and testing services and the associated economic activities locally.

The agency has developed a ‘concept for industry’ with support from Scottish Government, Scottish Enterprise, the Scottish Funding Council and industry bodies.

This is now being disseminated among industry body members for the consideration of potential investors. Its aim is to help the successful bidder establish a commercially viable business that serves the oil and gas, offshore renewables, aquaculture, defence and other subsea sectors.

A key feature of the concept is collaboration, with strong links between industry, academia and the public sector to accelerate and reduce the overall costs of essential testing, trialling and demonstration activities.

The underwater engineering market is expected to diversify and grow significantly with annual global spend forecast to increase from some £20 billion in 2017 to around £100 billion by 2035.

The UK’s underwater engineering supply chain has the ability to diversify across new sectoral opportunities, not least in renewables. Of the 650 companies operating in the underwater industry 445 already operate or have the capability to operate in offshore renewables.

Loch Linnhe can offer salt water testing and relatively strong cross-sill currents, replicating offshore conditions in a sheltered environment. This means it is likely to be more economically competitive as a location than alternative solutions.

“There is huge potential in Loch Linnhe, not only to serve the subsea sector, but enhance the contribution it makes to Scotland’s economy. We have been working alongside the Scottish Government, our agency partners and industry to make the most of that opportunity.

“A world class facility that meets the changing and future requirements of industries would build on the foundations and reputation the area has, thanks to the Underwater Centre. Not surprisingly, there appears to be a lot of interest in the centre’s assets.

“We are now able to present potential investors with the concept for a subsea campus. This would have strong links across industry, academia and the public sector, in a way that meets the changing needs of the subsea sectors.” 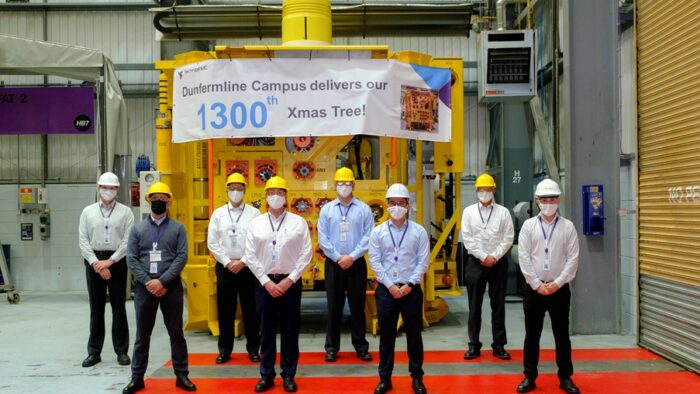