The first, fully-electric road ferries to sail in North America are now on their way from Damen Shipyards Galati, Romania, to Lake Ontario, Canada, to begin operations, the shipbuilder said.

Ordered by the Ministry of Transportation, Ontario, Canada, the Amherst Islander II and Wolfe Islander IV, 68 and 98 metres in length respectively, represent a new generation of zero-emission large ferries.

The vessels departed the yard on 26 August to be loaded on the semi-submersible transport vessel Super Servant 4 and will arrive in Lake Ontario in mid-September.

Both of the open-deck vessels are equipped to be fully electric but also have twin diesel generators installed to allow hybrid and full diesel propulsion for maximum redundancy.

Due to the harsh winters the ferries also feature 1B Ice class hulls and 1A Ice class azimuth thrusters, allowing them to be fully operational down to -25 degrees centigrade.

The delivery of the vessels marks the completion of the first of the two stages of the project. The second stage, which is well underway, involves a programme in which Damen is working with the Ontario government to install the facilities that will enable the vessels to use shore power supplied via integrated shore charging and mooring systems. This will enable them to recharge their batteries while loading and unloading between the short crossings to and from the islands.

This involves not only the installation of the necessary transmission infrastructure at each of the four ferry docks but also the complete rebuild of the docks to accommodate the new vessels plus the onshore electrical equipment. The systems will also utilise load displacement and peak-shaving technology to achieve maximum efficiency and minimal costs, according to Damen.

The vessels themselves will use a fully automatic charging system developed by Wabtec Stemmann with features that include motion compensation to ensure a stable connection between the ship and the shore even in rough seas. Delivering 6MW of power, charging will take just ten minutes.

With the shoreside works due for completion in 2022, following extensive training for crews over the remainder of 2021, the ferries will commence operations in hybrid mode using diesel generators to supply electricity to the motors.

“This integrated project is the first of its kind and one that we hope will demonstrate that fully-electric ferries of this size are a viable proposition,” Leo Postma, Damen Area Director Sales Americas, commented.

Damen is currently midway through a programme to build and deliver six Damen road ferries 8117 E3 for BC Ferries. While presently fitted with hybrid propulsion systems, they are designed to be adapted for fully electric propulsion in the future. 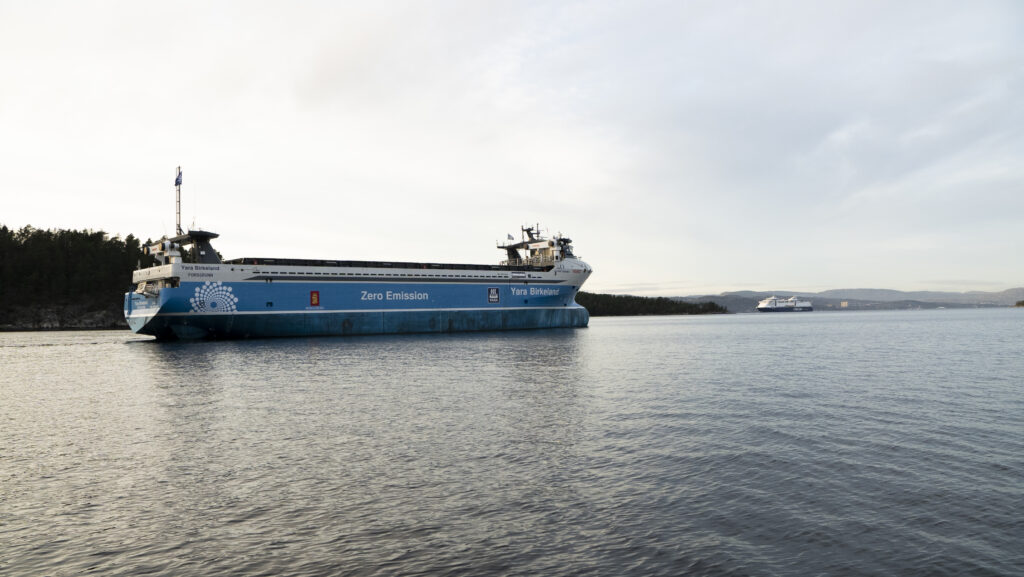