Farstad Shipping ASA has, on behalf of wholly owned subsidiaries, been awarded the following charter contracts:

PSV Far Symphony(image) (2003, P105, 4.929 DWT) has been awarded a six (6) years firm contract by ConocoPhillips Skandinavia AS for support of their operation in the North Sea. Commencement of the contract is April 2011, and additional option periods are included in the contract.

ConocoPhillips has also contracted PSV Far Server (2010, Havyard 832CD, 4.000 DWT) for a period of one (1) year, for support of their North Sea operation. Start-up of the contract is February 2011, and there are also additional option periods included.

The charters are entered into on market terms for similar vessels and charter periods. It has been agreed with ConocoPhillips to keep the commercial terms of the contracts P & C.

Farstad Shipping’s fleet currently consists of 58 vessels (32 AHTS, 24 PSV and 2 SUBSEA) and 4 PSV under construction. The company’s operations are run from Aalesund, Aberdeen, Melbourne, Perth, Singapore, Macaé and Rio de Janeiro by a total of 1820 employees onshore and offshore. The company’s strategy is to be a major international supplier of large, modern offshore service vessels to the oil industry. 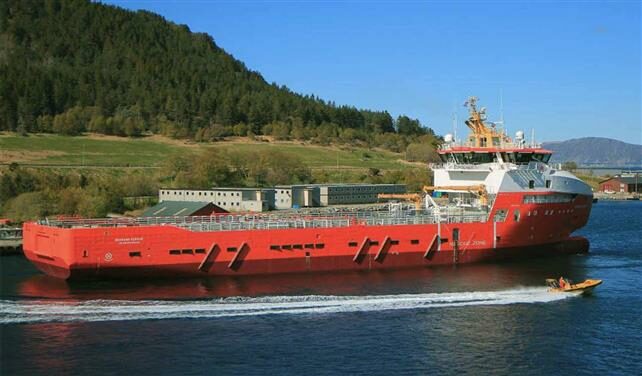