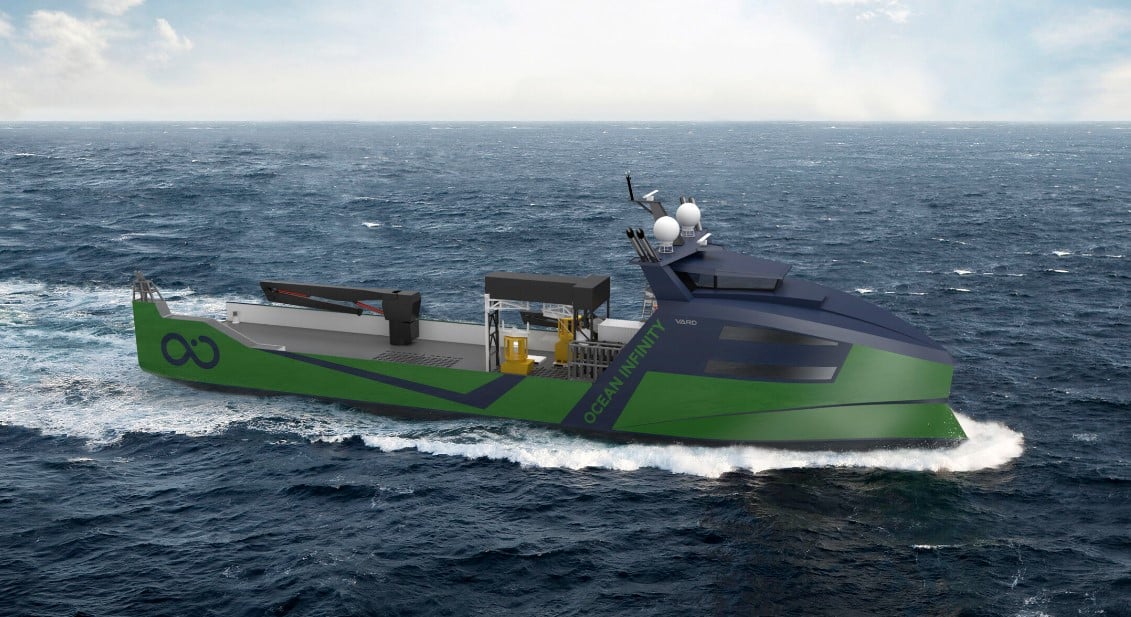 Marine robotics company Ocean Infinity has taken delivery of the first two robotic vessels that will form part of the high-tech Armada fleet.

The two ships have left Vard Vung Tau shipyard in Vietnam and are headed to Norway and Vard Søviknes.

“Armada 7801 and 7802 have set sail from Vietnam and are headed to Norway. The delivery of these first 2 ships marks an important milestone on our journey towards tech-enabled lean-crewed operations for a safer and greener maritime future,” Ocean Infinity said.

Vard won the contract to design and build the eight highly advanced, 78-meter vessels in November 2020. The construction of the first five vessels from the batch is under different stages of development at Vard Vung Tau in Vietnam.

The fuel-efficient, onshore-controlled vessels will initially only utilise a skeleton crew onboard. In due course, they are planned to work with no personnel offshore.

The vessels are prepared for green ammonia as a fuel with fuel cell and battery technology and are designed for an ultra-low carbon footprint.

According to Vard, the vessels will provide safe launch and recovery platforms for ROVs and other robotic systems through two large moonpools arranged with the shipbuilder’s own damping system.

The fleet will be equipped with the latest technology in marine robotics, including autonomous underwater vehicles and remotely operated surface vessels. They are scheduled to serve as multi- role-vessels, supporting Ocean Infinity’s operations worldwide from its control centers.

The first 78-meter vessel from the remotely-operated series headed out for sea trials in September this year. Key insights into the design, construction of the ships, and testing processes involving different technologies deployed onboard are shared in the video below.

The delivery is being announced on the back of a major milestone that saw the first trial of Ocean Infinity’s remote survey system.  The demonstration was completed from the UK-based remote control centre and involved a vessel mobilised in Sweden with hydrographic and geophysical gear.

In February 2022, Ocean Infinity contracted Vard for the design and construction of a new series of six multi-purpose offshore vessels, all of which will be operated from shore and will eventually utilise green ammonia as fuel.

The new series of six vessels are scheduled for delivery from Vard Vung Tau in 2025. The first vessels will have the full suite of new technology and equipment installed and integrated at one of VARD’s shipyards in Norway utilizing VARD’s global integrated value chain. 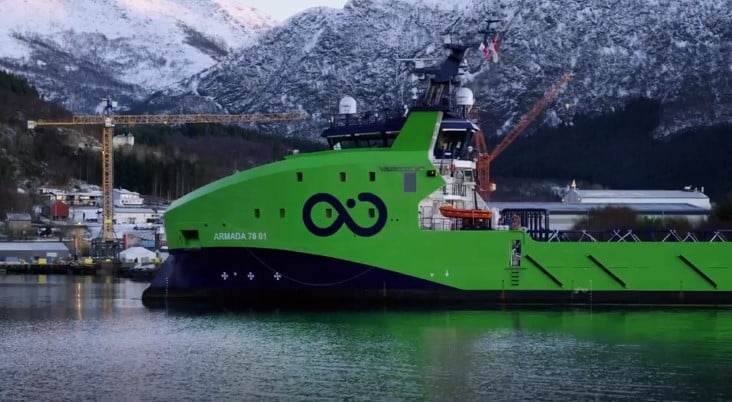