The inventory write-down, reported in Subsea Products gross margin, was a result of a decision to exit the business of manufacturing subsea blowout preventer (BOP) control systems.

Year over year, quarterly operating income declined on reduced profit contributions from Remotely Operated Vehicles (ROV), Subsea Products, and Asset Integrity. Quarterly earnings were down due to the operating income decline, the foreign currency exchange losses, and higher interest expense as a result of indebtedness incurred during the second half of 2014, the company noted.

M. Kevin McEvoy, Chief Executive Officer, stated, “Our operating results during the quarter surpassed what we had anticipated. This was attributable to performances from our ROV and Subsea Projects segments. ROV benefited from better-than-expected revenue per day on hire due to more vessel work, and Subsea Projects profited from higher U.S. Gulf of Mexico (GOM) demand for deepwater intervention and diving services.

“We made a decision during the quarter to cease manufacturing subsea BOP control systems due to deteriorating demand prospects. We intend to continue providing aftermarket parts for the installed base.

“Compared to the first quarter, ROV operating income was essentially flat. During the quarter we put three new ROVs into service and retired three. At the end of June, we had 336 vehicles in our fleet, compared to 323 one year ago. We were pleased that we were able to hold operating margin at 28%, flat with the first quarter, as our focus on cost reductions is having an impact in a period when customers are requiring pricing concessions.

“Subsea Products operating income declined due to the BOP control system inventory write-down. Excluding the write-down, our operating margin was essentially flat with that of the first quarter. Subsea Products backlog at quarter end was $703 million, compared to our March 31 backlog of $788 million and $850 million one year ago. Our book to bill ratio year-to-date was 1.0.

“We generated EBITDA of $165 million during the quarter, $330 million year to date, and for 2015 we anticipate generating at least $660 million. At the end of the quarter, we had $191 million in cash and an undrawn $500 million revolver.

“During the quarter we paid $27 million in cash dividends and repurchased 900,000 shares of our common stock at a cost of $45 million. Additionally, in early April we completed the acquisition of C & C Technologies, Inc., a global provider of survey, autonomous underwater vehicle (AUV), and satellite-based positioning services. The acquisition price of approximately $230 million was paid in cash. These actions underscore our continued confidence in Oceaneering’s financial strength and future business prospects.

“Our overall outlook for the second half of this year is down somewhat from last quarter’s guidance, primarily on reduced expectations for Subsea Products and Asset Integrity. We now expect to report EPS of $1.34 to $1.54 during the second half of 2015. Given this outlook and our year-to-date performance, we are lowering our 2015 EPS guidance to a range of $2.70 to $2.90 from $2.80 to $3.20, down about 7% at the midpoints.” 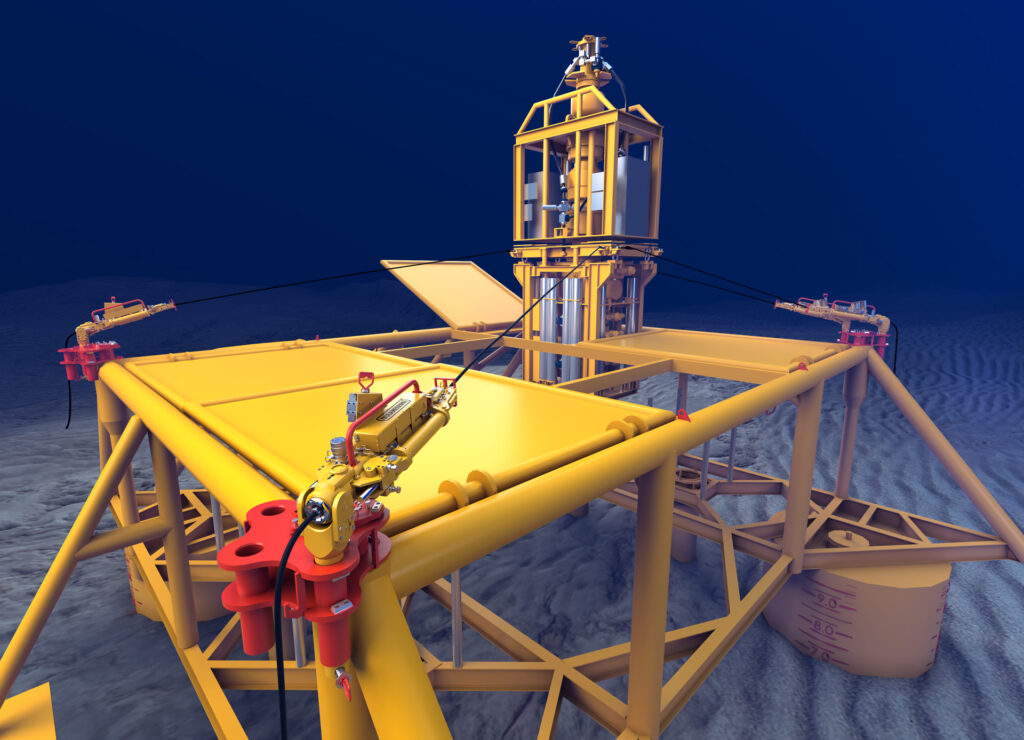