The UK Parliament’s Welsh Affairs Committee has called for the development of a specific renewable energy strategy for Wales before the end of this year as failing to do so would put at risk the emerging economic opportunities offered by the shift to net-zero.

Clearer plans for job creation and ensuring communities benefit from the growth generated by renewable energy development, as well as overcoming infrastructure issues such as grid capacity, will be needed if Wales is to meet its renewable energy potential and maximise the opportunities offered by the transition to net zero.

These are among the key conclusions of a new report published by the Welsh Affairs Committee, which has recommended the creation of a specific ‘Ten Point Plan’ for Wales before the end of 2021.

According to the Committee, the creation of such plan would contribute to making Wales a leader in renewable energy, with strengths in onshore and offshore wind, solar, wave and tidal energy, and significant new potential emerging in floating offshore wind.

The strategy should be developed in tandem with a partnership between the UK and Welsh Governments to advance renewable energy, the Committee said.

This includes upskilling the current workforce, with work being undertaken in advance of COP26 in November, and for the UK Government to address grid capacity issues with Ofgem to facilitate future renewable energy generation.

The Committee also identified port infrastructure as an area requiring the attention of UK and Welsh Governments to realise the full potential of offshore renewable opportunities.

Stephen Crabb, chair of the Welsh Affairs Committee, said: “It is clear there is no shortage of ambition within Wales but we need to see a clearer strategy from UK Government if Wales is to capture all the opportunities that are emerging.

“Our Committee has identified constraints ranging from skills gaps to grid connection issues, and seabed licensing to funding disparities. Overcoming these hurdles will require the UK Government to work closely with the Welsh Government with urgency and purpose”.

With the seabed getting busier, The Crown Estate should develop a new approach to optimise the environmental and economical potential of the seabed, working closely with developers to ensure adequate leasing rounds be offered on a regular basis, the Committee suggests.

The Welsh officials argue this would be essential for the development of offshore wind and wave and tidal projects.

Also, the Committee said the current funding gap between innovation funding and the Contracts for Difference (CfD) scheme risks holding back wave and tidal energy projects.

The Committee argues that failure to address this funding gap would risk impacting development for a sector which could generate £4 billion to the UK economy.

Further, the UK Government should explore re-introducing generation tariffs to the Smart Export Guarantee, building on the success of Feed-in Tariffs which attracted investment to small-scale renewable electricity generation.

“The UK Government must address the funding gap for emerging marine technologies or risk negatively impacting their development.

“As a first step, Ministers from Her Majesty’s Treasury, in cooperation and coordination with Welsh Government Ministers, should arrange to meet with representatives from the marine energy sector as a matter of urgency to investigate the feasibility of introducing Innovation Power Purchase Agreements.

“Such Agreements could provide a powerful catalyst for investment in emerging technologies and help support innovation and development in renewable energy projects”, it is stated in the recommendations report prepared by the Committee.

The Committee also believes that if the barriers holding back renewable energy are overcome, then there is significant potential for an interconnector given the renewable strengths of Wales, with the nation exporting energy rather than curtailing it. This could not only export renewable energy to the rest of the UK, but also further afield, according to the Committee.

The report concludes with the suggestion that the UK and Welsh governments, as well as port operators, and energy companies with developments in Wales, take lessons from the North East of England, where a clear strategy, focus, and public and private sector investment have led to the Port of Blyth becoming a hub for renewable energy development and jobs. 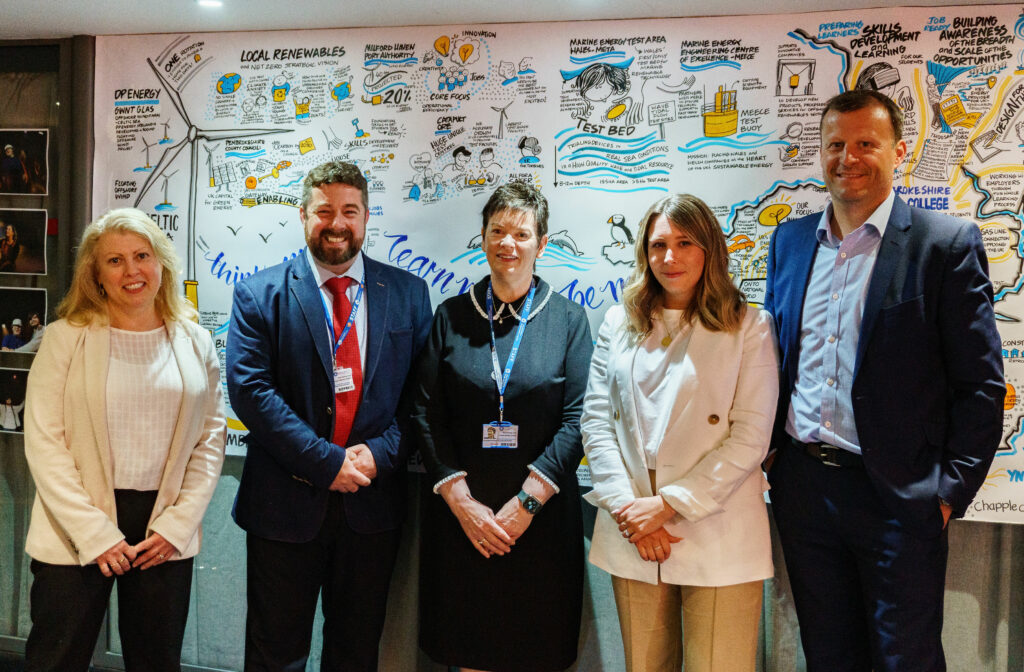