PD Ports teams up with Port of Rotterdam on digitalisation

UK port operator PD Ports has announced a new partnership with the Dutch Port of Rotterdam, Europe’s largest port, to deliver digitalised solutions that will improve efficiencies and support the future growth of the River Tees.

Having recently launched its bold ambition to make the River Tees the UK’s most successful port region by 2050, PD Ports is accelerating its pace of digitalisation with the development of a port community system (PCS).

Working in collaboration with the Port of Rotterdam, PD Ports has started the first phase of developing this critical infrastructure, aligned with Teesport’s wider development plans to become a ‘smarter port’; reducing the need for and reliance on personal interaction and paper-based transactions.

The collaboration would support the smooth flow of goods transiting the UK post-COVID and post-Brexit.

“By working with our colleagues in Rotterdam we can build direct links with Teesport’s biggest single supply route, connecting not only PD Ports but the entire community on the river to the largest port in Europe,” Frans Calje, PD Ports’ CEO, explained.

“In utilising Rotterdam’s developed PCS at Teesport, companies managing the flow of cargo between the UK and the Netherlands – for the Netherlands directly or the wider EU market – will have the convenience of using the same system for goods moving in both directions.”

“We are looking forward to continuing to develop our relationship with the Port of Rotterdam as we embark on this multi-phase project towards becoming a smarter port,” Calje added.

As Statutory Harbour Authority of the River Tees, PD Ports is responsible for vessel traffic management and ensuring the safe navigation of vessels as they access Teesport. The implementation of this system will provide the river community with a single, dynamic source of information including live shipping movements, meteorological and environmental data, as well as providing the ability to initiate vessel visits to Teesport, all in one platform.

During its research phase, the port operator held consultations with river users ahead of committing to the PCS of choice, with key partners Svitzer, Graypen and Conocophillips all trialling the system prior to launch.

In 2019, the Port of Rotterdam moved nearly 470 million tonnes of cargo through its 42km waterway in the Netherlands. René van der Plas, Port of Rotterdam Director, explained how the new partnership with PD Ports will be beneficial for both parties.

“With the UK as one of the most important trade partners in Europe and approximately 40 million tonnes of cargo heading there from Rotterdam each year, it makes sense to try and optimise the supply chains and the transportation between the two ports,” Van der Plas said.

“That’s also where digitalisation is very important, because by making things digital you will enhance transparency and efficiency.” 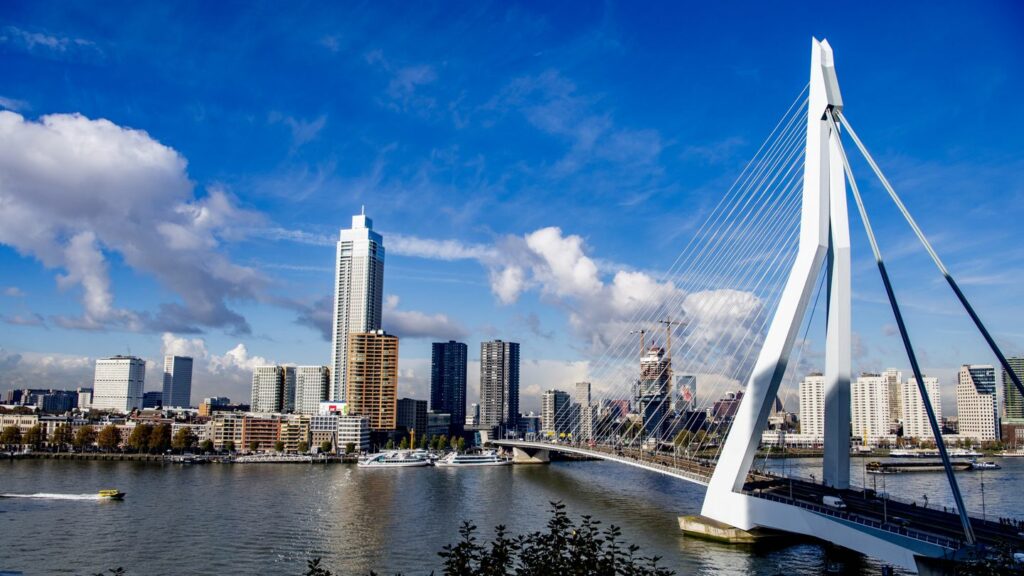