Advertisement
Back to overview
Home Subsea PHOTO: ‘Eye of the Sea’ AUV Launched in Australia

PHOTO: ‘Eye of the Sea’ AUV Launched in Australia

A new autonomous underwater vehicle (AUV) has been unveiled at the University of Tasmania’s Australian Maritime College (AMC) in Launceston.

The AUV is capable of diving up to 5,000 meters, operating underneath the ice and gathering data on the Antarctic research missions.

During an official ceremony, the $5 million polar vehicle was granted the name nupiri muka, which means ‘Eye of the Sea’ in palawa kani, the language of Tasmanian Aborigines.

nupiri muka is funded by the Australian Government through the Antarctic Gateway Partnership — a $24 million special research initiative of the Australian Research Council (ARC) that aims to provide new insights into the role of Antarctica and the Southern Ocean in the global climate system. AMC contributed $3 million to the cost of the vehicle.

The vehicle will be maintained and operated by a team of specialist research and technical staff at AMC’s Autonomous Maritime Systems Laboratory, a new engineering research facility.

The AUV is a vital research tool that will be deployed in the Antarctic by Australian and international researchers, including from the ARC Antarctic Gateway partners the University of Tasmania, CSIRO and the Australian Antarctic Division (AAD).

“The development process has built strong technical collaboration between AMC and the AUV manufacturer, International Submarine Engineering (ISE) of Canada. Proven concepts of underwater vehicle design and instrumentation were used, together with innovation in the integration of the operating systems and instrumentation.”

Australian Maritime College principal professor Neil Bose said: “nupiri muka is the newest and one of the most capable AUVs in the world for use under sea ice and ice shelves. It will allow us to further build our global reputation for engineering in extreme environments, and help foster strong ties with the international research community.”

“Alongside our other vehicles and thanks to our strong engineering and research team, we are well placed to undertake a range of academic, national interest and industry-partnered projects.”

AMC AUV facility coordinator Peter King said the features of the polar underwater robot made it ideal for deployment in challenging, under-ice conditions.

“At nearly seven meters long and weighing one-and-a-half tonnes, nupiri muka’s endurance enables it to travel more than 140 km or 24 hours without needing to be recharged. It’s also highly customizable, such that the engineering team can install a range of instruments in addition to those already on board,” King said.

“nupiri muka completed its first set of trials in Tasmania this past July. The vehicle performed according to plan, completing several successful dives in the North Tamar. Subsequent longer and deeper trials are planned for coastal Tasmania over the next few months, with the goal of an Antarctic deployment in 2018-19.” 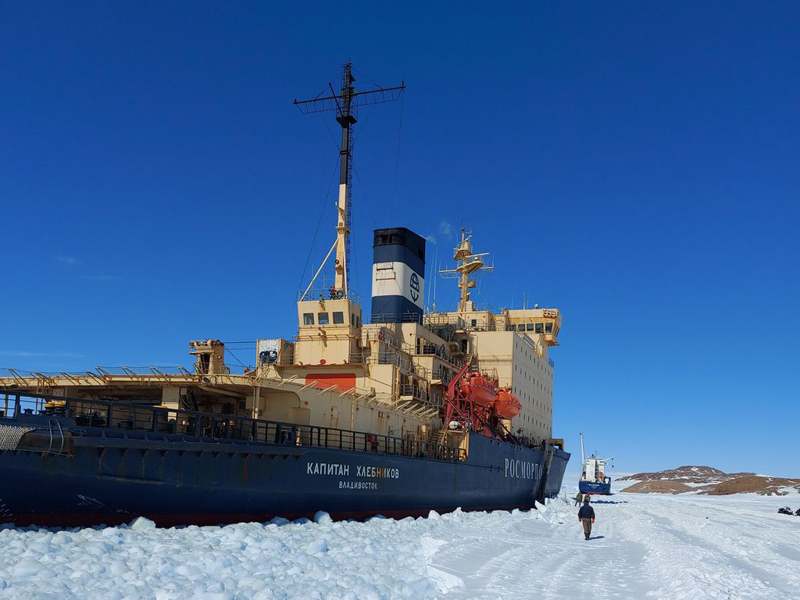