Photo: The BASEPOINT project event in Portugal (Courtesy of Bluespring)

Portuguese, Dutch and Spanish wave energy stakeholders recently came together to mark the successful wrap-up of the BASEPOINT project, a laboratory test programme for the Symphony wave energy converter at Sines Tecnopolo in Portugal.

The event provided a platform for first in-person meetings for most of the attendees since the introduction of COVID restrictions.

During the event, a Dutch wave energy developer Teamwork Technology presented its Symphony wave energy converter, which is a submerged point absorber that converts wave pressure into electricity via an innovative hydraulic power take-off (PTO) system.

The event in Sines marked the end of the BASEPOINT testing programme – funded by Fundo Azul (Portuguese Ministry of the Sea) and managed by Frank Neumann of in2sea – supporting the construction and testing of a test set-up used by Teamwork Technology to progress its wave energy technology.

Next, the test facility will be dismantled and transported back to the Netherlands to undergo further power performance trial in Den Helder at facilities of Multimetaal, who recently invested in the Symphony Wave Power company.

The testing is part of the €10 million ENCORE project, managed by Bluespring – a recently rebranded company better known under its previous name MET-support.

Project partners the University of Ghent, the European Marine Energy Centre (EMEC) and Artelia are providing support on the application of IEC Technical Specifications as part of the test programme.

“The two projects, BASEPOINT and ENCORE, are an example of how public-private partnerships can plan for success and at the same time share the financial risks”, said Peter Scheijgrond, director of Bluespring. “A similar approach could be implemented in other projects with great potential to contribute to net-zero energy transition as well to ensure their successful delivery”.

The event brought together a unique mix of leading players in the wave energy sector.

WEDGE Global, which is developing a point absorber device with a linear electrical PTO, and Kymaner, supplier of air turbines for oscillating water column solutions, presented their achievements. Their journeys span over a decade of development and demonstration, covering all relevant disciplines from engineering to ecology and commerce, and crossing borders from Norway to Ireland, to the Canaries, Japan, and China.

Three port representatives, from Valencia, Sines, and Aveiro, shared their views on the main drivers behind the goal to reduce energy consumption and become independent from imported energy, in a session dedicated to green ports moderated by Bluespring.

In that regard, the ports are embracing the growth of the sustainable blue economy. Portugal is expecting to install 1GW of floating offshore wind over the next eight years, according to Professor António Sarmento of WavEC Offshore Renewables.

Besides facilitating this exponential growth, the ports also presented their own renewable energy projects, including integrated wave energy solutions – deemed as ‘inspiring vision’ by all attendees. The port authorities include wave energy projects in their long-term energy strategy because it provides a complementary and balanced energy profile to solar and wind, and can easily be integrated into their breakwater barriers.

The event was hosted by the local Business Innovation Centre Sines Tecnopolo, together with Portuguese-based marine energy experts in2sea and Teamwork Technology. 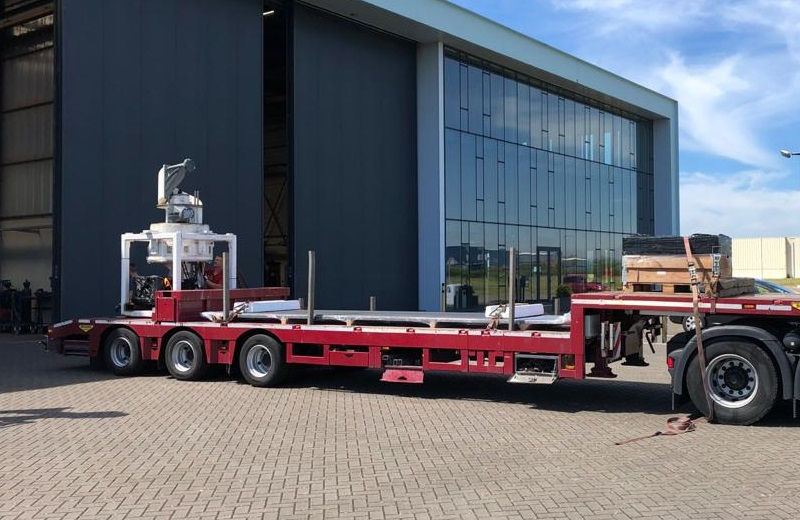