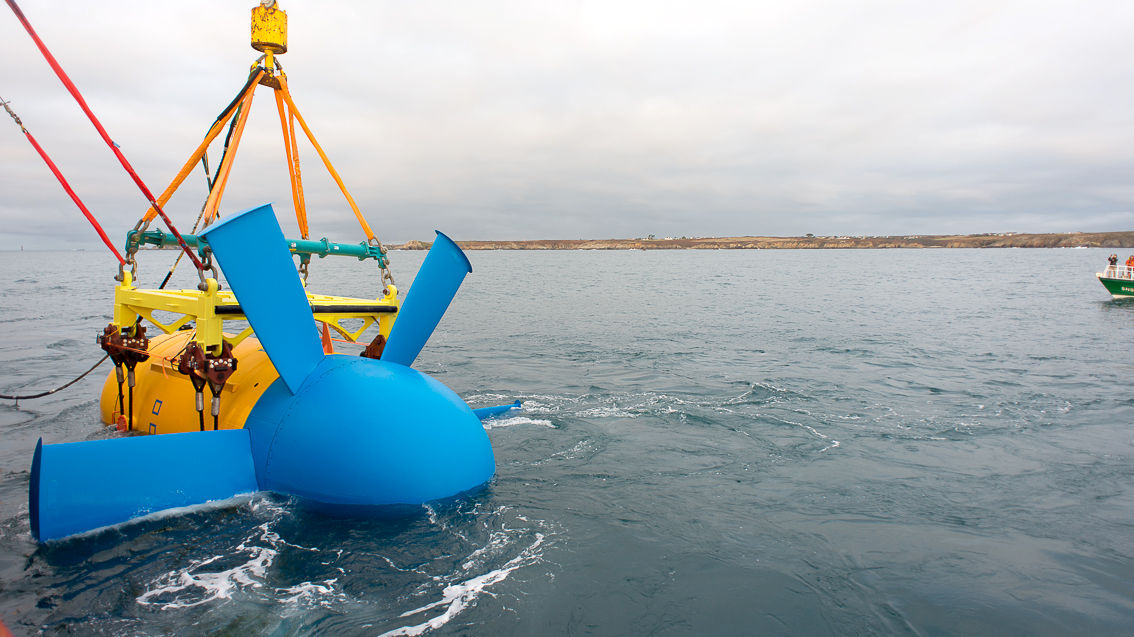 French company Sabella has started exporting power to the Ushant Island’s grid, following the redeployment of its D10 tidal turbine in the Fromveur Passage.

After a successful relaunch of the D10 tidal turbine in April 2022, and its reconnection to the electricity network of the Ushant Island, the third test campaign for the turbine has started as planned after a period of assessments and adjustments, Sabella informed.

The improvements made to the turbine in recent months, in particular the modification of the export connectors and the smoothing out of the onshore electricity production, enabled Sabella to start exporting clean power to the island’s grid.

The smoothing out function, developed in partnership with the Syndicat d’Energie et d’Equipement du Finistère (SDEF) and ENTECH as part of the European Interreg ICE project (led by Brittany’s regional innovation and economic development agency Bretagne Développement Innovation), is first being tested in situ with Sabella’s turbine.

The innovation is said to be a major advance, given that the electrical production of a tidal turbine generates brief disturbances of the signal induced by the natural movements of the swell or current turbulence, which should be stable to enable deployments of marine technologies on large scale.

Smoothing out, therefore, makes it possible to greatly improve the quality of the electric current injected into the island’s network, ensuring the stable performance for the operator ENEDIS.

The export of green electricity from the D10 turbine to the island’s network will gradually increase over the next few weeks in coordination with ENEDIS – from 100kW to the maximum injection capacity allowed by the network, according to Sabella.

In addition, the tidal turbine will supply green energy to the Ilophone 2022 festival which will take place next September at Ushant Island, after two years of interruption due to COVID-19.

Fanch Le Bris, managing director of SABELLA, said: “The main innovation tested during this new campaign at sea is of course the smoothing out function of our electricity production, which must guarantee the operator of the ENEDIS network a constant quality of electricity injected into the network of the island of Ushant.

“We are very satisfied with this technological development, with performances obtained superior to the operator requirements. This success bodes very well for our future projects in off-grid areas which will require the implementation of this type of function, making it possible to stabilize these grids, which are often more fragile than the large interconnected ones.”

Thomas Archinard, project manager at Sabella, added: “This campaign also aims to prepare the PHARES project, which consists of providing the island with a range of renewable energies, with in particular two 500kW Sabella tidal turbines, in order to make it more self-sufficient with green electricity. More specifically, we will focus on better understanding the site environment with a view to the deployment of future commercial farms.”

Premium
Ushant Island gets a glimpse of tidal powered-future
Posted: 3 months ago
Sabella’s tidal power production curve gets Bureau Veritas seal
Posted: about 1 month ago
Sabella gets green light to deploy tidal turbines in the Gulf of Morbihan
Posted: 19 days ago