Norwegian vessel owner Solstad Offshore has received a notice of early termination of the charter party for the one of its vessels from Italian offshore contractor Saipem.

Solstad Offshore said on Thursday that the vessel in question was the offshore construction vessel Normand Maximus. The vessel, at the time of construction, was dubbed the largest vertical lay system vessel ever built at a Norwegian shipyard.

The company added that the early termination was given to Normand Maximus Operations, a wholly-owned subsidiary of Solstad Offshore and owner of the vessel. The cancellation was given by Saipem’s Portuguese entity.

Solstad added that the charter party includes early termination provisions. The original charter period for the vessel was eight years.

The early termination means that the charterers terminate the charter after approximately four years of chartering. The estimated back-log lost following the termination is around $200 million.

Normand Maximus Operations will be entitled to an early termination fee of approximately $45 million following the termination.

To remind, the 180 meter-vessel began its eight-year contract with Saipem in October 2016. The vessel was hired to execute projects in East and West Africa, Brazil, Australia, the North Atlantic, and the Gulf of Mexico.

As for the vessel, Normand Maximus was developed in close collaboration between Solstad, Saipem, and Vard. The vessel is equipped with a 900-tonne active heave compensated offshore crane and a 550-ton top tension vertical lay-system, enabling the installation of large diameter flexible pipes in ultra-deepwater environments. The vessel also has a 4,000-ton under-deck carousel for storage of flexible pipes, cables, and umbilicals. 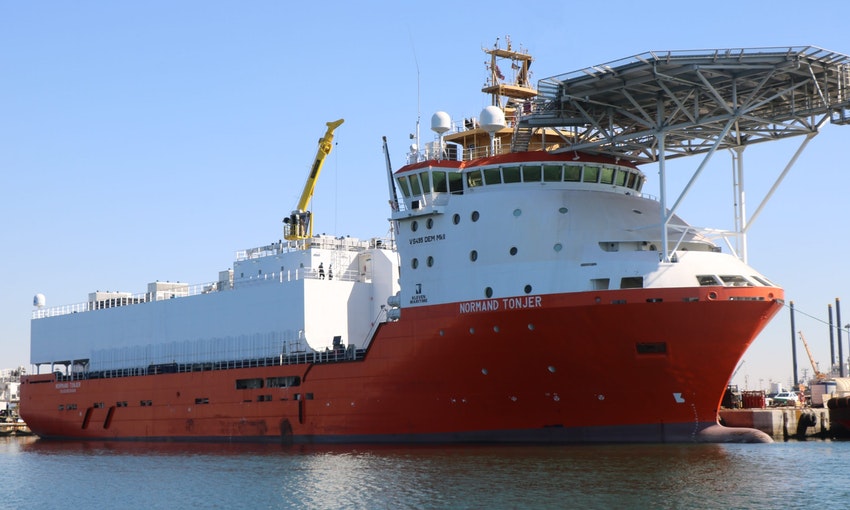