The 9,300 dwt cable installing vessel Maersk Connector, owned and operated by Maersk Supply Service, has been undertaking sea trials in the Black Sea for the past week.

“The tests are a very positive acquaintance for the crew and the site team, and the crew is looking very much forward to working with Connector,” Joao Andre Oliveira Rodrigues, Project Manager for Special Projects & Newbuildings and Nick Trier Madsen, Marine Specialist, said.

Featuring a length of 138 metres and a beam of 27.5 metres, the Maersk Connector is contracted on a seven-year charter agreement with Dutch subsea services company DeepOcean.

The vessel, launched on July 23, is the second of a new generation of cable-laying vessels developed by the Damen.

It is equipped with survey and trenching capabilities, and a 7,000 tonne carousel which makes it well suited for installation and burial projects from land-fall to deep water and also for operations in remote locations. 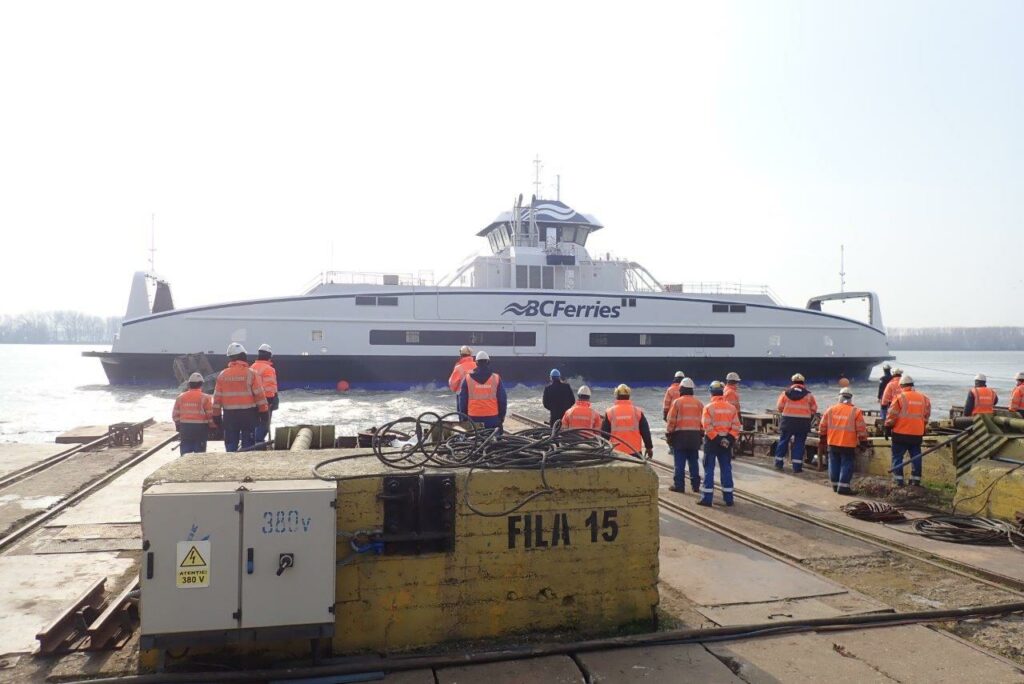