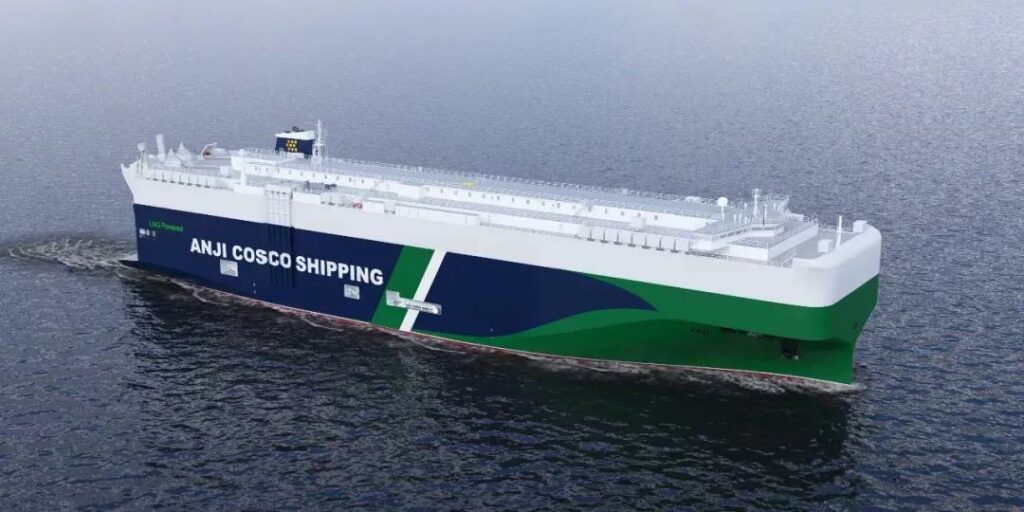 Two vessels were ordered in January this year, with CSSC’s China Shipbuilding Trading in charge of building the second vessel. Unconfirmed media reports indicate that the orderbook was increased to five ships back in May this year.

Described as the world’s largest dual-fuel PCTC in the world, the vessels will span 199.9 meters in length, a width of 38 meters, and a structural draft of 10.2 meters.

The vessels will have a deadweight tonnage of 13,100 tons, and 13 cargo decks including four movable decks. The ships will also feature WinGD’s ICER technology to bolster fuel efficiency and cut the vessels’ methane slip. The duo was designed by Shanghai Ship Research and Design Institute (SDARI).

Classed by DNV and China Classification Society (CCS), the newbuilds will use LNG as the main fuel and will have an option to use marine gasoil (MGO) and low sulfur fuel oil (LSFO).

According to local media reports, the two ships are expected for delivery in March and September 2024, respectively. 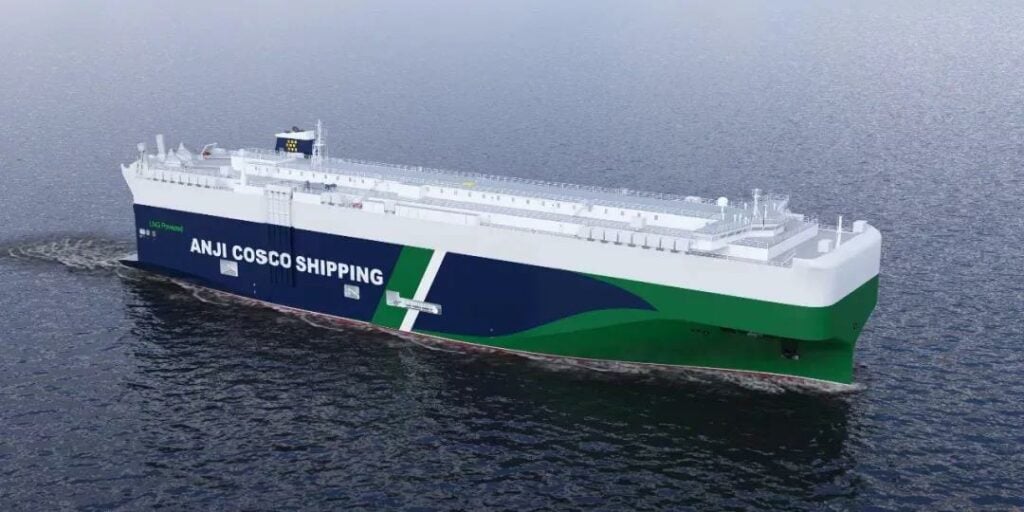