Ever Liven, the tenth in a series of L-type containership to be operated by Evergreen Line, was christened by S.S. Lin, the Evergreen Group’s First Vice Group Chairman, at the Samsung Heavy Industries shipyard in Korea today. The official rope-cutting of the new 8,452-TEU vessel was performed by Mrs. Tsai Su-Hua in a ceremony attended by dignitaries from Taiwan, Korea and other nations.

The conglomerate’s Vice Group Chairman Kuo Shiuan-Yu will preside at the naming ceremony of Ever Logic, the eleventh vessel in the series on April 19; the rope-cutting on this occasion will be conducted by Mrs. Kuo Yeh Chiung-Yu.

With the primary aims of upgrading and renewing its fleet as well as better catering for its customers’ future space requirements, Evergreen Group commenced its new shipbuilding programme in 2010 with an order for 20 L-type vessels from Samsung Heavy Industries. In 2011, Evergreen ordered a further 10 vessels of the same specification from Taiwan Shipbuilding Corp. Eighteen of the thirty newbuildings are expected to be delivered by the end of 2013. 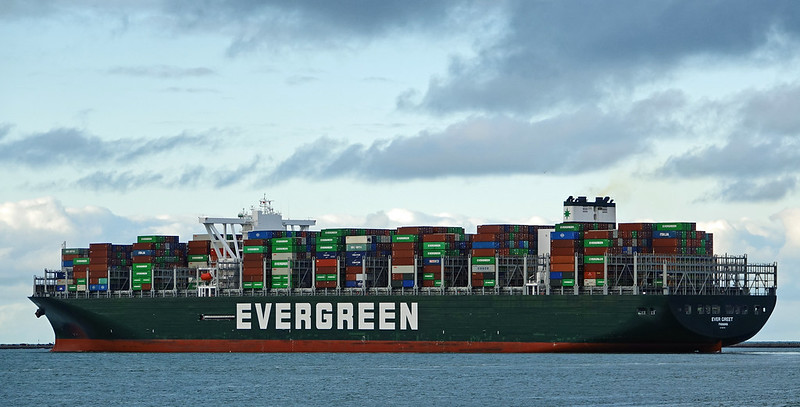