TGS is set to carry out an ocean bottom node (OBN) seismic survey in the NOAKA area on the Norwegian Continental Shelf (NCS).

The 437 km2 survey will take place in the NOAKA area, between Oseberg and Alvheim in the Norwegian North Sea, containing both held and open acreage.

According to TGS, the survey is set to begin in Q3 2021 with final processing deliverables expected in Q3 2022. Revenues are expected to be recognized in Q4 2021.

TGS expects to relive the success of the TGS-AGS Utsira OBN project in the North Sea completed in October 2019.

The company will apply the learnings from TGS’ ongoing reprocessing of Utsira, including the extraction and use of ultra-long offset signal for FWI-based model building.

As with Utsira, the NOAKA survey will utilize full azimuth and ultra-long offsets to understand and illuminate the complex geology in the region, the company said.

In addition, it will make use of multicomponent processing leading to stable low frequencies, high signal-to-noise ratios, reliable AVO and the ability to distinguish between structure and attribute anomalies.

“TGS remains committed to further advance its position as a leading provider of OBN technology to the energy industry”, said Kristian Johansen, CEO at TGS.

“We continue to focus on areas, such as U.S. GOM and the North Sea, where the enhanced insight from this method can generate economically attractive new exploration opportunities for our clients”. 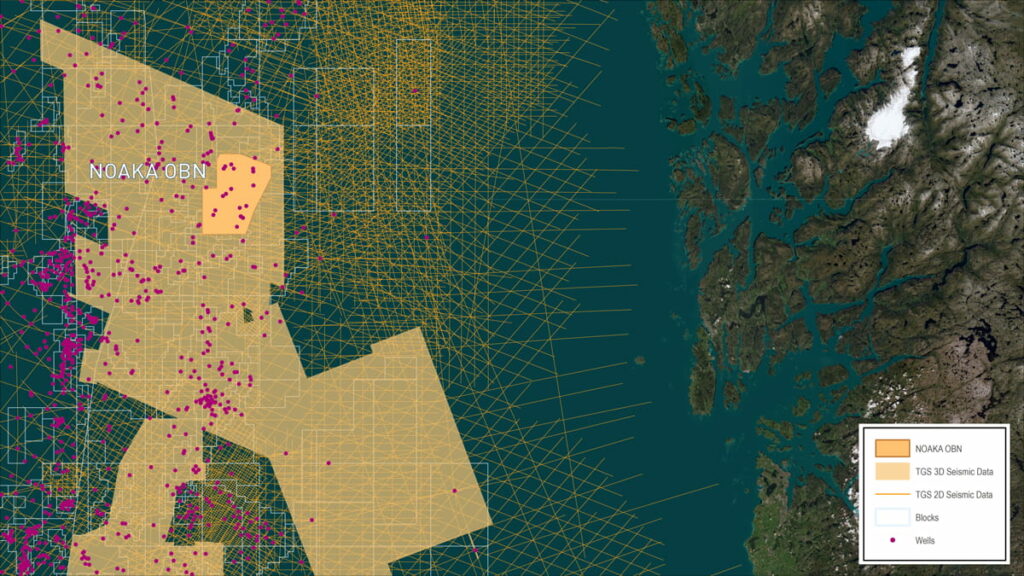