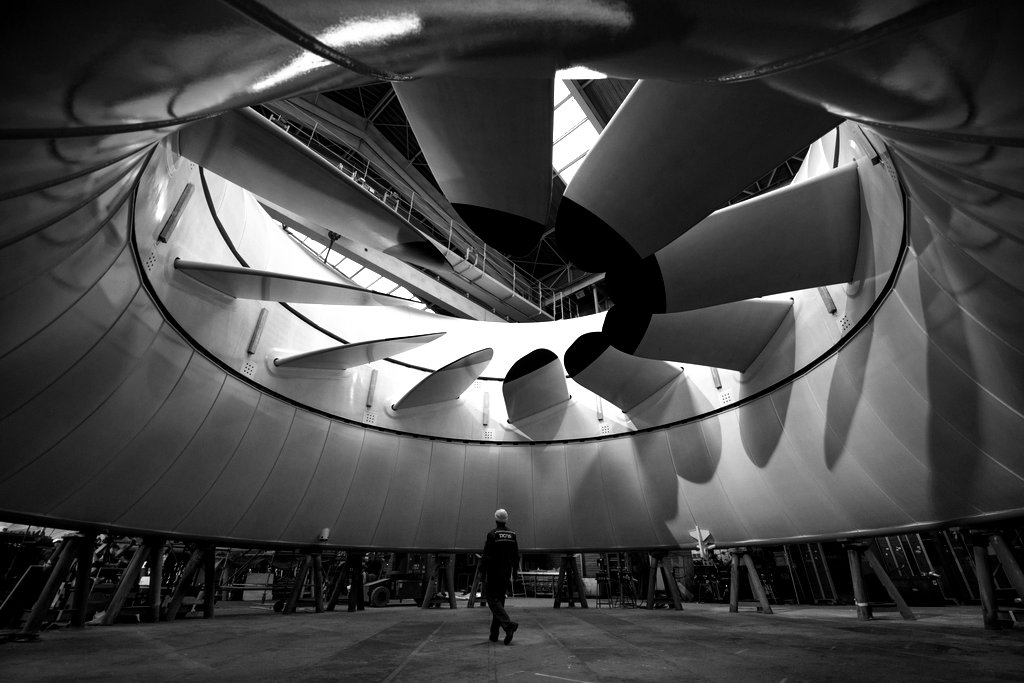 French-based Naval Energies – the parent company of tidal stream technology outfit OpenHydro – has decided to stop further investments into development of its tidal energy business, forcing the liquidation of the Irish-based subsidiary.

According to Irish media reports, Naval Energies requested the liquidation of OpenHydro and its associated businesses as the subsidiary has reportedly accumulated significant debts over the time, with the alleged figures reaching up to €280 million.

The decision to cease any additional investments was reinforced, according to Naval Energies, with ‘the lack of commercial prospects’ for tidal stream project development.

“The gap between the technology and the demand on the market, and the lack of commercial prospects over the long term, are forcing Naval Energies to bring its developments in tidal energy to an end,” the branch of industrial giant Naval Group in charge of marine renewables – Naval Energies – said in a statement.

The company added it has fully refocused to development of floating wind and ocean thermal energy conversion (OTEC) projects.

Due to circumstances, the High Court in Ireland has therefore named provisional liquidators for the OpenHydro Group, the Irish Times has reported.

The decision to end the OpenHydro business comes at the end of the week starting July 23, 2018, in which the company was praised with two positive announcements.

Namely, as part of Cape Sharp Tidal venture – a successful deployment and grid-connection of OpenHydro’s 2MW tidal turbine was carried out in Canada’s Bay of Fundy early in the week.

“We understand that a petition has been filed in Ireland for creditor protection. We are taking the time to understand what this means for the Cape Sharp Tidal project and we are working to get a better understanding of next steps.”

Across the Atlantic, the European Commission supported the development of Normandie Hydro tidal energy array, off France, stating it was in line with the EU state aid rules. OpenHydro was to supply seven turbines for the project.

Also, last month – Naval Energies officially opened its tidal turbine plant in Cherbourg, together with OpenHydro. The facility, whose initial annual estimated production was set for 25 turbines, was also to be used for the assembly and maintenance of tidal turbines for the Normandie Hydro project, and other pre-commercial tidal energy projects developed by the companies.

A setback – but European tidal stream marches on

The ocean energy industry sees 100GW of tidal and wave capacity being built in Europe by 2050, providing 400,000 jobs and supplying 10% of the EU’s current electricity needs.

France has one of the best tidal resources in Europe, a workforce with engineering skills, and coastal supply chains ready to service the deployment of this new industry, according to the industry body Ocean Energy Europe.

Commenting, the chief executive of the organization, Rémi Gruet, said:

“The liquidation of OpenHydro is disappointing news, yet closures are part of pioneering and innovating in a brand new industrial sector, on the road to commercialization.

“Today, numerous tidal stream projects are consistently producing power around Europe. Costs are coming down fast with every new project, and the EU has set targets for tidal to reach 10€c/kWh by 2030, well below offshore wind costs only 5 years ago.

“The industrial opportunity presented by tidal stream is significant, and governments should seize it by providing a clear signal of intent to the market. France still has that opportunity to show support for tidal energy projects in its forthcoming ‘Programmation pluriannuelle de l’énergie’.”

Gruet added that Europe still has significant technological advantage, but warned that its ‘competitors’ are gaining ground, asserting also that tidal stream will become an industry, but also pointing out that it is still uncertain as to when and where it would kick off.