LNG supplier Titan LNG revealed that its bunker barge FlexFueler001 performed the first official bunkering on June 14 in the Port of Rotterdam.

The fuel was delivered to the short sea liner shipping company Norlines, according to the company.

The FlexFueler001 is the first of a series of vessels. Titan LNG will deploy the FlexFueler002, currently under construction, in the Port of Antwerp by mid-2020. The third barge would be announced in the coming months.

Samskip, operator of the LNG powered Norlines’ vessels Kvitnos and Kvitbjørn, has a weekly service into Rotterdam where the ships would be fueled by LNG.

“We’re excited to bunker LNG alongside the terminal. This saves us time as we are no longer dependent on truck to ship operations. Bunkering at the same time as cargo operations take place, can save us up till 8 hours,” Paul Wielaard, Trade Manager West Coast Norway, said. 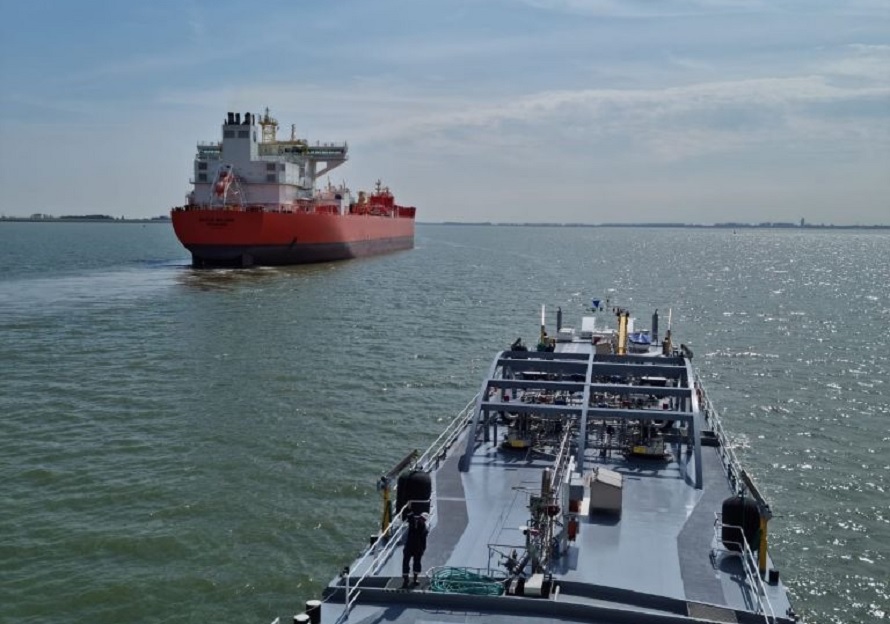