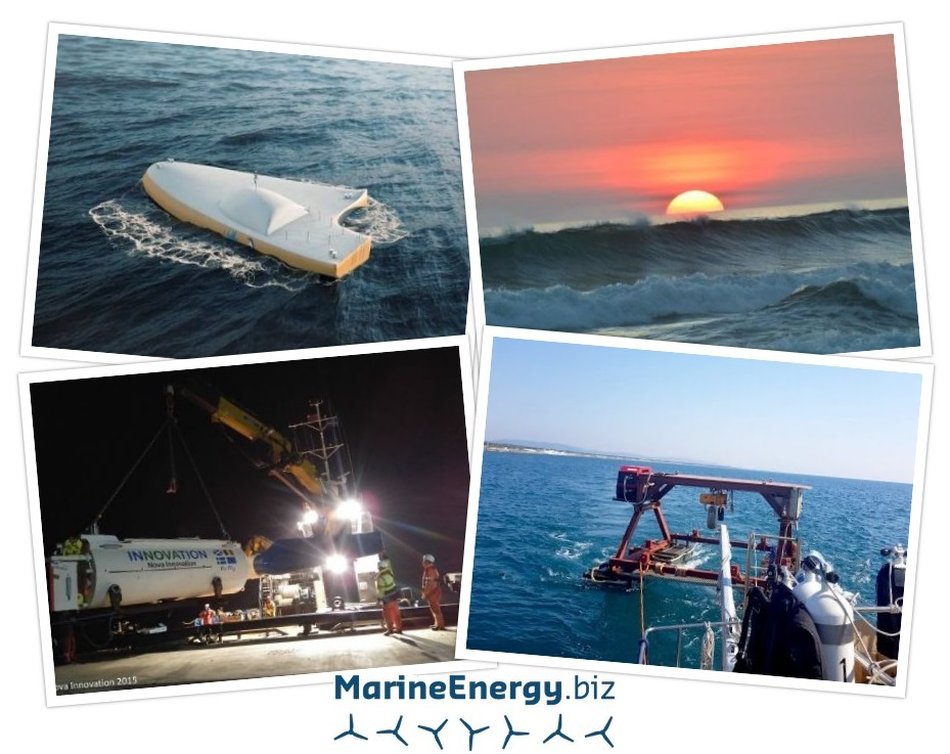 MarineEnergy.biz has compiled the top news from marine energy industry from August 6 – 12, 2018.

The second version of the Penguin wave energy converter – developed by Finnish company Wello – is said to have reached 110% increase in power production as it gears up to join its ‘younger sibling’ deployed off Scotland.

The Penguin WEC-2 – being constructed at Netaman Oü shipyard in Estonia – will generate power to the UK national grid together with the less advanced Penguin device, which has been continuously deployed at the European Marine Energy Centre (EMEC) for more than 17 months.

The installation of the improved device will be facilitated by a multi-cat vessel from a Orkney-based vessel operator Green Marine in the coming months, Wello said.

The upgrade works on the H24 wave energy converter have been completed, and the device – owned by Enel Green Power – stands ready to start producing power once again using the waters of the Ligurian Sea.

The original developers of the H24 device – Italian companies 40South Energy and Elements Works – completed the installation of the last remaining part required for successful power production from waves – the upgraded electronics box.

According to the CEO of 40South Energy, Michele Grassi, the coming weeks will see the commissioning of the machine planned to take place in two steps.

The build phase of the EU-backed Tidal Turbine Power Take-off Accelerator (TiPA) project has been completed, with the integral bit of the scheme – power take-off (PTO) subsystem – now under tests at RWTH Aachen University.

The TiPA PTO has been fully assembled and commissioned at manufacturing facility in Edinburgh before departing for Germany for accelerated testing earlier in summer, the project consortium has informed.

The consortium – led by Scottish company Nova Innovation which provided tidal turbine direct drive generator for the project – said that following the completion of the lab testing phase in Aachen, the TiPA PTO will return to Scotland to undergo in-sea testing during winter 2018.

The European Union has opened a €40 million funding call to support research and innovation activities meant to advance renewable energy technologies and operations.

The first topic will seek to advance renewable energy technologies currently in the early phases of research – from technology readiness level (TRL) 3 to TRL 4, while the second topic has been designed for poposals that will address the challenges associated with monitoring systems for marine energy – including both offshore wind and ocean energy systems.