The U.S. Department of Energy’s Water Power Technologies Office (WPTO) is seeking in-kind and financial sponsors for the Waves to Water Prize, a competition that aims to accelerate the development of wave energy-powered desalination.

The Waves to Water Prize is a competition that aims to accelerate technological advancement in small, modular, wave energy-powered desalination systems to help provide potable water to communities in need.

When scaled up, this technology has the potential to provide clean drinking water during disaster recovery scenarios and for remote and coastal communities, according to WPTO.

WPTO launched the prize, which is administered by the National Renewable Energy Laboratory (NREL) in partnership with the Coastal Studies Institute, in response to the need for new technologies that can provide safe drinking water to many communities around the world.

The Waves to Water Prize is currently in its fifth and final stage, called the DRINK Stage.

The five days of in-water testing of their wave energy-powered desalination prototypes will result in a chance to win part of the $1 million cash prize pool.

Over the past three years, generous sponsorships from the International Desalination Association, Wood Next Foundation, Janicki Industries, and the Creative Destruction Lab have provided services to support these teams.

Jennifer Garson, WPTO’s acting director, said: “We’ve seen our competitors excel thanks to the support provided by our sponsors so far. But the long path to commercialization is just beginning for many of these innovators, which is why we’re always in need of new sponsors.”

Sponsors can also help by consulting on technical issues and business development opportunities, which are essential for WPTO’s goal of building a community that can accelerate marine energy technology and sustainably contribute to the rapidly growing blue economy, the department said. 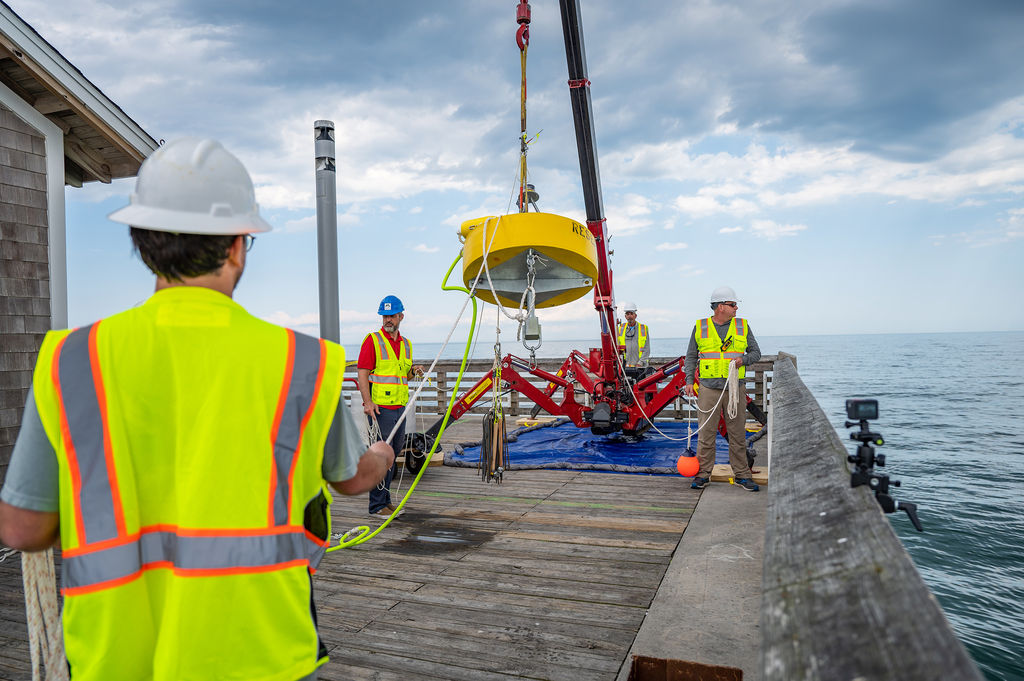