The fourth round of the Contracts for Difference (CfD) scheme has seen the first-ever tidal stream auction winners – Orbital Marine Power, SIMEC Atlantis Energy, and Magallanes Renovables – who will together generate over 40MW of clean power from tides for British homes and businesses.

Two contracts were awarded to Orbital Marine Power’s 7.2MW multi-turbine Eday project in Orkney, Scotland, which will deploy its innovative floating technology there.

In Wales, another floating tidal project, the 5.62MW Morlais Magallanes, will be powered by Spanish tidal technology developed by Magallanes Renovables.

Lastly, the MeyGen project, developed by SIMEC Atlantis and which has been providing power to the grid since 2016, will now be able to expand its generating capacity by 28MW with a second project phase.

At the price of £178.54 (€208.39) per MWh, achieved in the latest auction round, tidal power is able to compete with other energy generation technologies, according to industry body Scottish Renewables, which has warned more must be done to ensure the sector’s future.

Welcoming the announcement, Scottish Renewables’ chief executive Claire Mack said: “Make no mistake, today’s auction results are a turning point for tidal power, showing as they do that it has a place in the UK’s energy mix.

“But while the prices achieved in this most recent auction are an incredible milestone, it must be remembered that tidal energy is still in a developmental phase and most developers will be unable to bid so low in future.

“We would therefore urge the UK Government to confirm that its plans for future auction rounds include a dedicated, ring-fenced budget for tidal stream projects and also to commit to reforming the Contracts for Difference mechanism to allow UK supply chain companies to be more competitive.”

Responding to the news that the latest renewables auction has delivered over 40MW of tidal stream projects, Sue Barr, chair of the UK Marine Energy Council, said:  “Today’s results represent an important first step in realizing tidal stream’s potential in supporting a secure, cost-effective, and fair transition to net zero. Congratulations to Orbital, Magallanes and MeyGen for their successful bids.

“The UK has tremendous tidal resource and could provide 11% of the UK’s electricity demand. It is critical that the UK Government maintains ringfenced support in the next renewable auction to unlock the over 11GW of tidal stream capacity afforded by the UK’s geography.

“Tidal stream is forecast to be cheaper than new nuclear at the point of 1GW of deployment, supports the UK creating sustainable jobs and supply chains in coastal communities and beyond, whilst boosting energy security through an entirely predictable baseload renewable energy resource.” 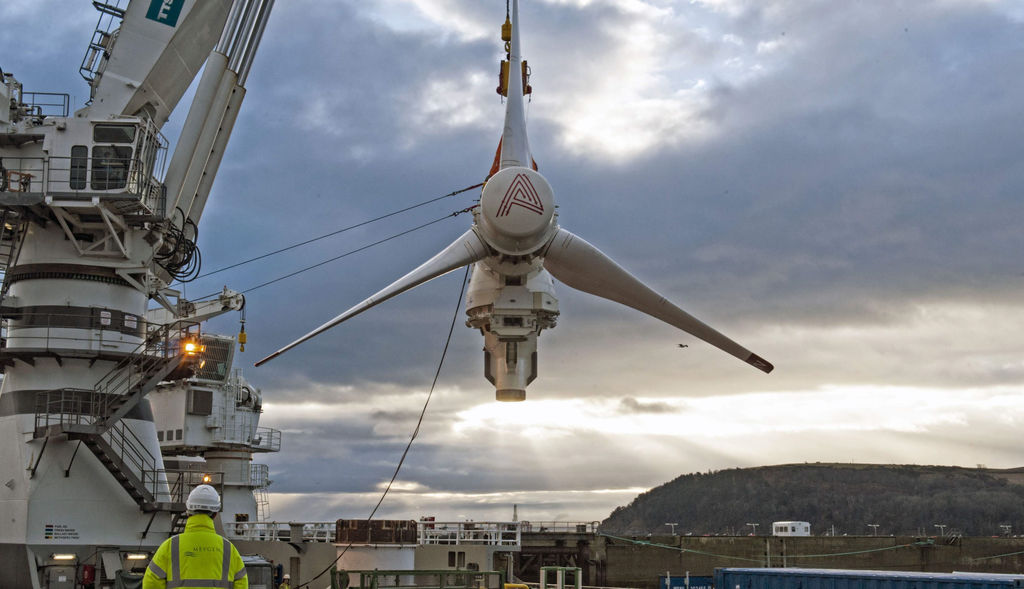