The contracts constitute the largest order in VARD’s history, with an aggregate order value of approximately USD 1.1 billion (NOK 6.5 billion).

The award of these prestigious contracts reinforces VARD’s position as a leading provider of large and complex Offshore Subsea Construction Vessels (OSCVs). Through this order, VARD is able to capitalize on its track record, experience and world‐class design capabilities in Norway as well as its long‐standing presence and investments in the Brazilian market.

The new designs have been developed in close cooperation with DOF and Technip. The Norwegian built vessels will carry pipe lay towers rated at 650 tons, among the largest ever in the industry. At 340 tons, the Brazilian built vessels will be among the most  complex vessels ever constructed in Brazil. Topside equipment for all four ships will be delivered by Huisman of the Netherlands.

CEO and Executive Director Roy Reite commented, “I look forward to working with DOF and Technip on these milestone  projects. VARD yards in both Europe and Brazil being chosen to build these vessels illustrates the value of having a global  presence when working with international clients, and bringing leading edge technology to new markets.” 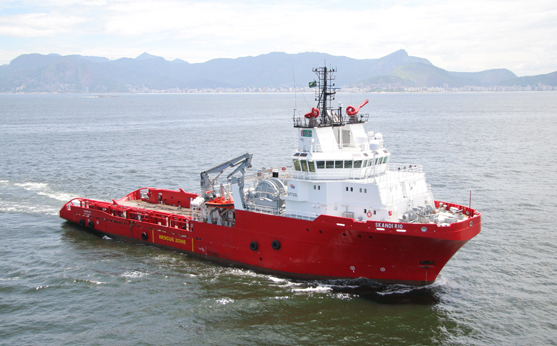