VARD to Design and Construct Diving Support Vessel for Harkand

Vard Holdings Limited (“VARD”), one of the major global designers and shipbuilders of offshore and specialized vessels, announced that it has secured a contract with a new customer, Harkand Group (Harkand), for the design and construction of one Diving Support and Construction Vessel. The value of the contract exceeds NOK 1 billion (approx. USD 162.8 million).

The vessel is of VARD 3 03 design, specially designed and equipped for diving and subsea operation duties with a high focus on good sea-keeping abilities, excellent station keeping performances and low fuel consumption. The vessel will be fitted with a 250 ton offshore crane, a ROV hangar, and a Twin Bell 18 Man Saturation Diving System, supporting split level diving operations to a maximum diving depth of 300 meters.

The vessel is scheduled for delivery from Vard Søviknes in Norway in 2Q 2016. The hull of the vessel will be delivered from Vard Tulcea in Romania. The contract comprises an option to place an order for a second similar vessel.

Headquartered in London, Harkand is a growing global subsea Inspection, Repair and Maintenance (IRM) group with operations in four regions across the globe; Africa/Middle East, Asia Pacific, Europe, and North America. Harkand’s expertise is in subsea inspection, repair and maintenance as well as light construction, construction support and survey services. Formed in 2013 through the merger of Iremis, Integrated Subsea Services (ISS), Andrews Survey and Veolia Marine Services, following investment by Oaktree Capital Management, the group today has sales in excess of USD 400 million and aims to grow to USD 1 billion by 2017. 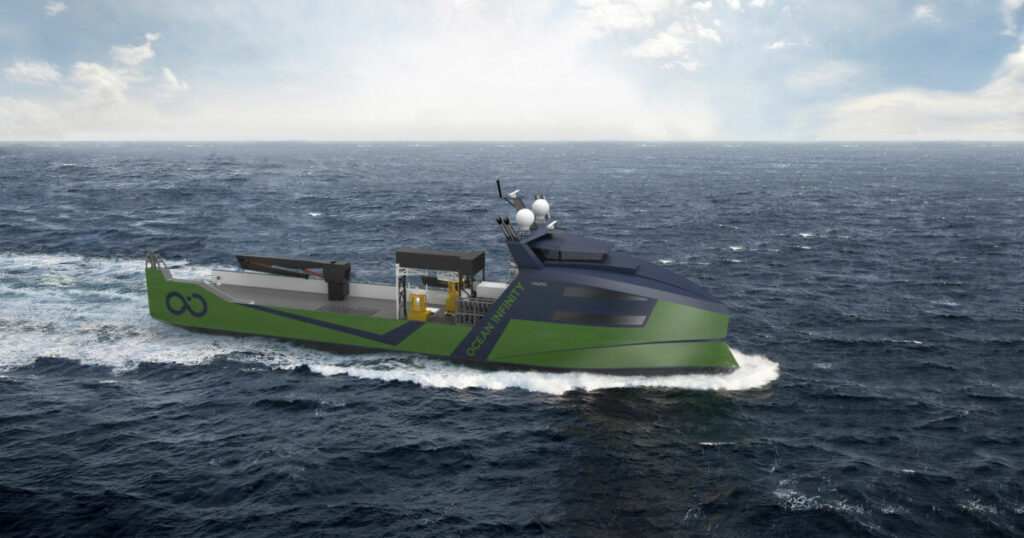