The Triton system developed by TidalStream enables turbines to be mounted on semi-submersible spar buoys secured to a seabed anchorage by a rigid swing-arm tether.

This gives a platform that can be towed to the site already assembled, then deployed to its operating position by simple water-ballasting.

The surface-piercing element is always accessible and contains key electrical and control items giving easy access to the power electrics and control systems for maintenance.

The electrical power produced by the individual turbines is collected and conditioned in the electrical room located inside the platform system. Grid compliant electric energy is transferred by cable from the floating structure. Additional conditioning of the electrical energy on shore is not required.

The developer Black Rock Tidal Power has been awarded one of the demonstration berths by the Nova Scotia government. The company will showcase its innovative technology at the Fundy Ocean Research Center for Energy (FORCE). The first platform will be carrying 16 of the 36 turbines, and its installation and testing is expected in 2015. The platform will then be made to full capacity of 36 turbines and 2.5 MW in 2016.

Take a look at the video showcasing Triton platform. 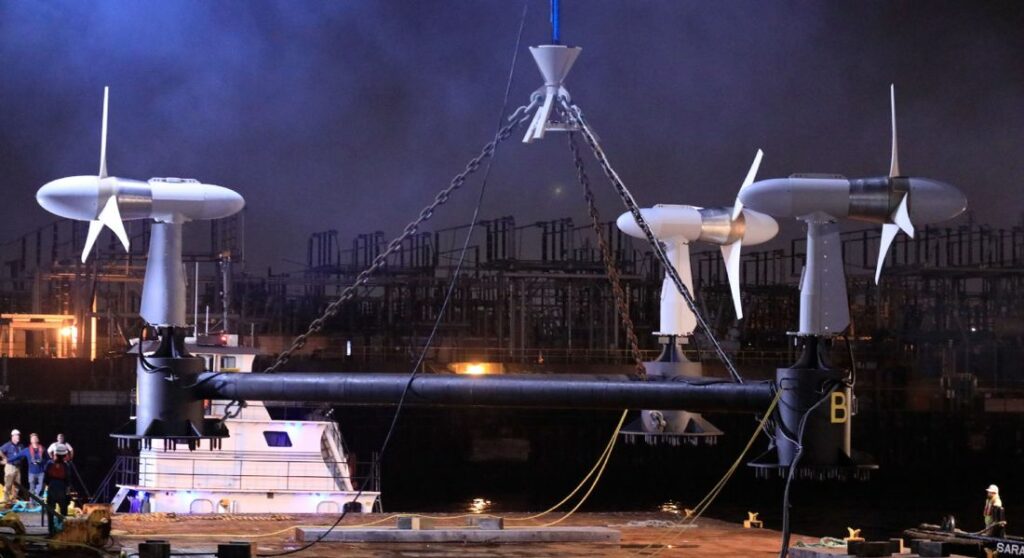