The company already operates England’s first hybrid energy ship, Victoria of Wight, which entered into service between Fishbourne and Portsmouth in 2018. The steel cutting ceremony for the company’s flagship was held at the shipyard in October 2016.

The vessel, whose CO2 emissions are said to be 20% lower than a diesel-powered ship, runs on a combination of conventional and battery power. The ship is part of Wightlink’s GBP 45 million ($55.6 million) Investing for the Future program and will be able to carry more than 1,000 passengers and up to 178 cars, the ferry operator said.

Now, Wightlink is drawing up specifications for its next new ferry on the route. Advances in sustainable technology mean it will be possible to commission a new ship that will use electric power from batteries to an even greater extent than at present by Victoria of Wight.

“It takes five years to draw up plans, seek tenders and build a new ferry for the busy Solent crossing,” the company noted.

Although there are still obstacles to be overcome, Wightlink hopes that shore power can be used to charge batteries, enabling the full electric operation to become a reality.

Since 2007, Wightlink has reduced its carbon footprint by 33%. Overall, the firm has cut carbon emissions by 17% over the four years prior to the Covid-19 pandemic.

“We are working with our naval architects and technology companies to come up with the best solution to operate ferries with the lowest possible impact on the environment,” Wightlink Chief Executive Keith Greenfield concluded. 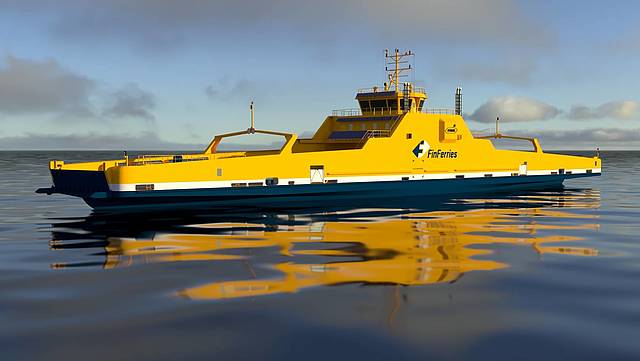