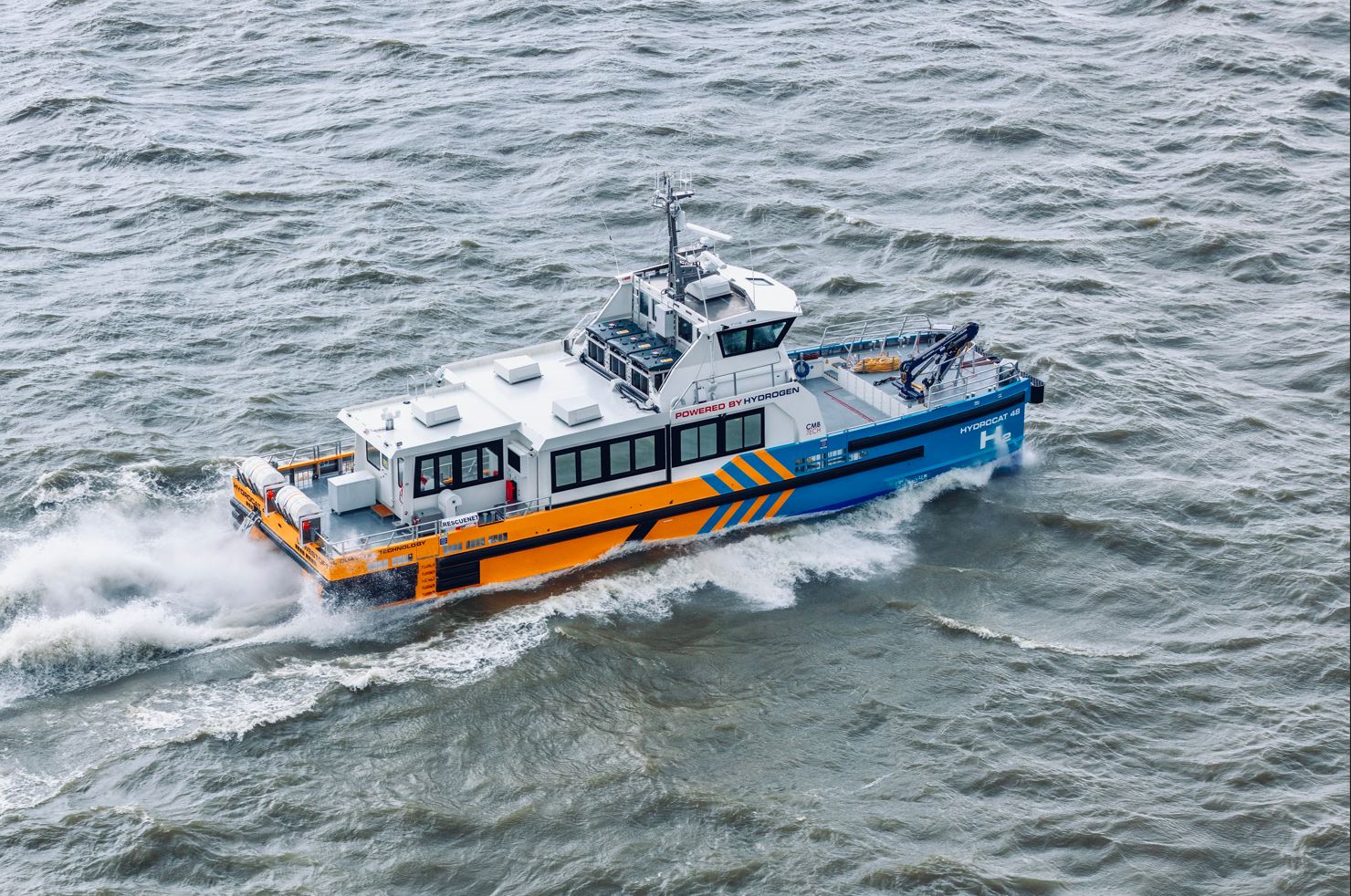 The new order follows the launch of the world’s first hydrogen-powered CTV, called Hydrocat 48, and its delivery and trials with its first customer Vestas earlier this year.

The six additional hydrogen-powered CTVs include four vessels of the MK3.5H2 series, two of which will be delivered in 2022 and two in 2023.

The next vessel which will be delivered in this series is planned for the German offshore market and will be operated by joint-venture partner FSR Windcat.

The other two vessels will be of the new MK5 series, a 27-metre long CTVs with double the hydrogen capacity of the MK3.5H2 series, according to Windcat Workboats.

CMB.TECH and Windcat Workboats are working together to further optimise engine capacities with the aim of increasing the percentage of hydrogen used in their dual-fuel design.

The partners’ long-term plan is to develop the technology and infrastructure to eventually enable a mono-fuel option through the internal combustion engine (ICE), Windcat Workboats said.

With the hydrogen supply chain still in its infancy, CMB.TECH and Windcat have developed solutions for delivering the fuel to vessels. This includes a 40ft 500bar trailer capable of transporting hydrogen for remote refuelling of all the different applications currently in use.

“This enables hydrogen bunkering in various port locations that are a distance from the hydrogen source. Multiple applications and customers can be served by this one system, meaning the Hydrocat fleet has access to hydrogen bunkering”, said the CTV operator. 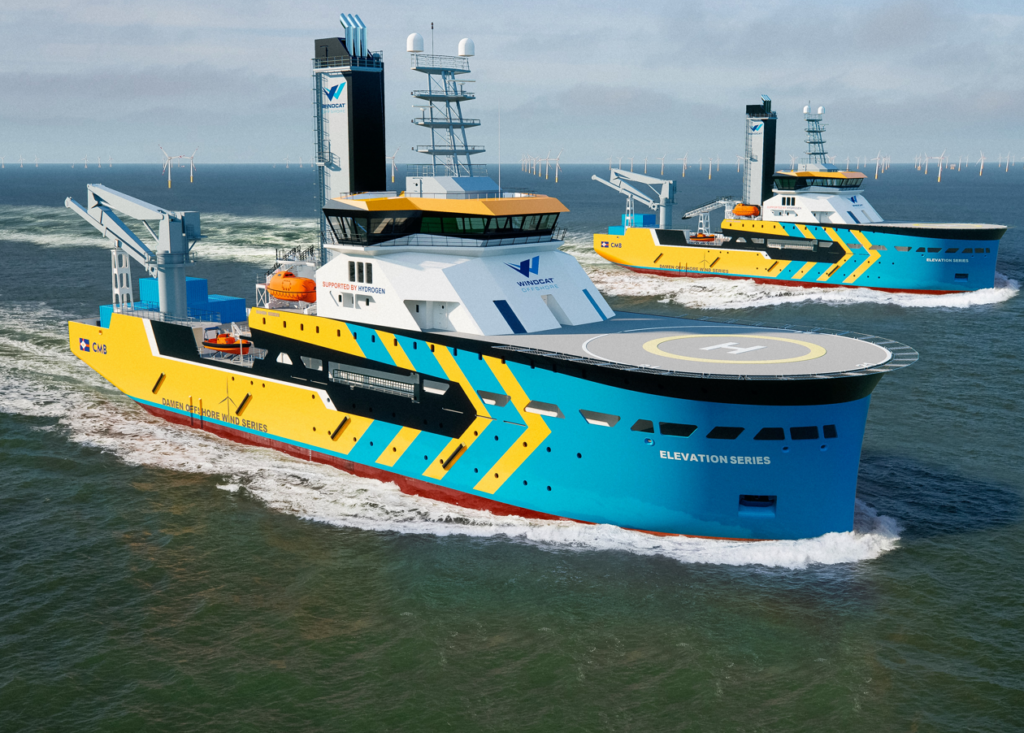