UK-based renewable energy technology company WITT has secured a £350,000 contract with the Defence and Security Accelerator (DASA) to develop energy harvesting technology for the subsea environment.

The funds will be used to develop the WITT (Whatever Input to Torsion Transfer) energy capture and storage device specifically for subsea defence applications.

The device is said to be able to capture energy from all planes of movement and turn it into electricity that can be stored until needed.

In the subsea environment, the WITT converts the vortex induced vibrations (VIV) created by ocean currents into usable electrical power starting with waterflows of just 0.5 mtr/sec.

The WITT is contained within a sealed unit and provides a low maintenance source of off-grid power to remote and hard-to-reach locations.

The amount of power produced by a WITT is dependent upon the size of the device and this can be scaled to the needs of the application, be it a small electronic sensor or a power hungry remotely operated vehicle (ROV).

Mairi Wickett, business development director and co-founder of WITT, said: “Securing the funding from DASA has been a huge boost; it will facilitate additional development of the technology and enable us to investigate new applications for the system subsea – such as providing power for sensors, data gathering and mammal and temperature studies.

“It also further reinforces the WITT’s credibility in the sector and puts us in a strong position for our next round of fundraising. The WITT is a clean, green power solution with countless applications, our main aim is to use our technology to revolutionise off-grid power generation and reduce global CO2 production”.

Mike Madden, the DASA innovation partner for the South West of England, added: “This proposal was welcomed as a potential solution for an enduring problem for defence, for which limited options have been available. It is attractive that this idea also has potential cross-sector appeal in addition to the clear defence need”.

Based at Gloucestershire Science and Technology Park, WITT has gone from strength to strength since the record-breaking Crowdfund raise in 2016 where it attracted almost £2.4 million of investment.

Since then, the WITT has been granted patents worldwide including UK, USA, China and Europe and has patents pending in Korea, Brazil, Canada, India and Russia.

To remind, WITT has also been selected to participate in the four-year Interreg North-West Europe supported Marine Energy Alliance program, to advance the technical and commercial maturity level of its technology. 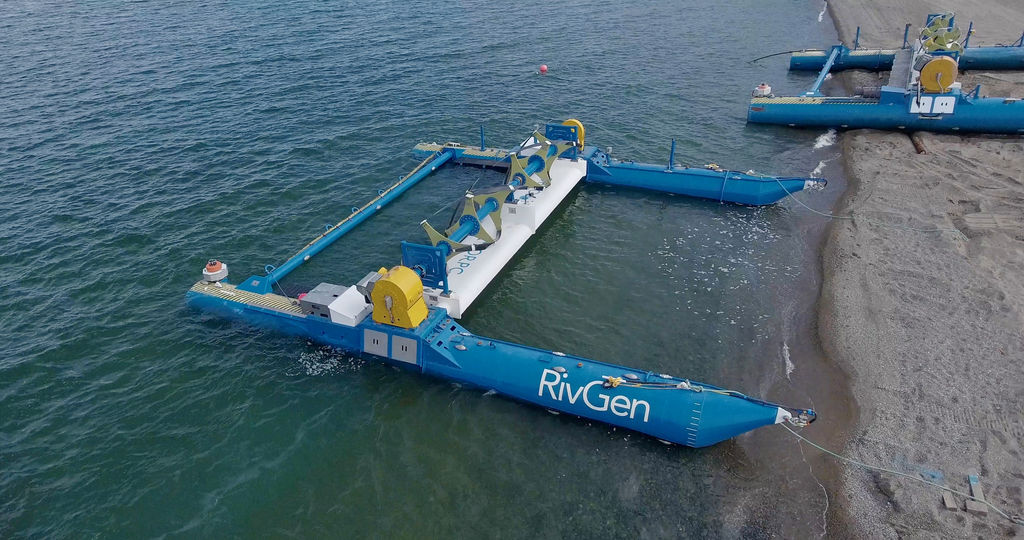