To be named Auto Eco upon reaching North Europe towards the end of November, the vessel is the first of two sister ships to be delivered to the company.

Equipped with dual-fuel engines that can use either liquefied natural gas (LNG) or heavy fuel oil and marine gas oil, the PCTCs will be put into service in Europe.

As LNG does not emit any sulphur oxides or particulate matter and significantly less nitrogen oxides and carbon dioxides compared to conventional heavy fuel oil and marine gas oil, these vessels will meet the strict sulphur emission regulations in Europe.

Additionally, the PCTCs have Finnish/Swedish ice class 1A super vessel, allowing for full-year trading in the Baltic area, according to NYK Line. 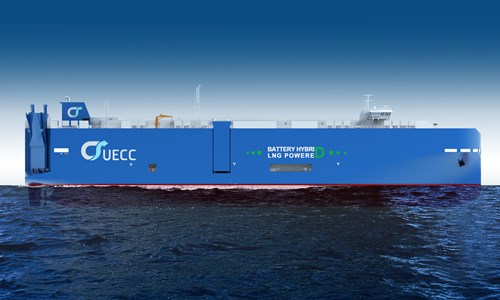