The vessel Atlantic Narval, which was launched on 27 October, is designed by Swedish engineering company FKAB Marine Design.

The FKAB I15 vessel design features a hull form optimized and operational with the patented F-Bow solution.

The ship is designed with independent cargo tanks for bitumen and asphalt with a temperature of up to 200°C. The vessel has a single bottom and double sides for ballast water. The high-temperature variations require special design considerations, mainly because of thermal expansion of tanks and pipes.

The cargo tanks consist of two blocks, forward and aft of the pump-room, with four and six tanks respectively in each block, according to FKAB Marine Design. They are equipped with dual-fuel engines, capable of running on LNG/LBG propulsion, and batteries.

FKAB Marine Design is involved in basic and detailed design, through both FKAB Sweden and FKAB China offices.

The company is also in charge of the design Wuhu Shipyard is building for Canada’s largest bitumen industry dealer McAsphalt. The vessels will be used to support the company’s asphalt trades in the Great Lakes region in Canada. 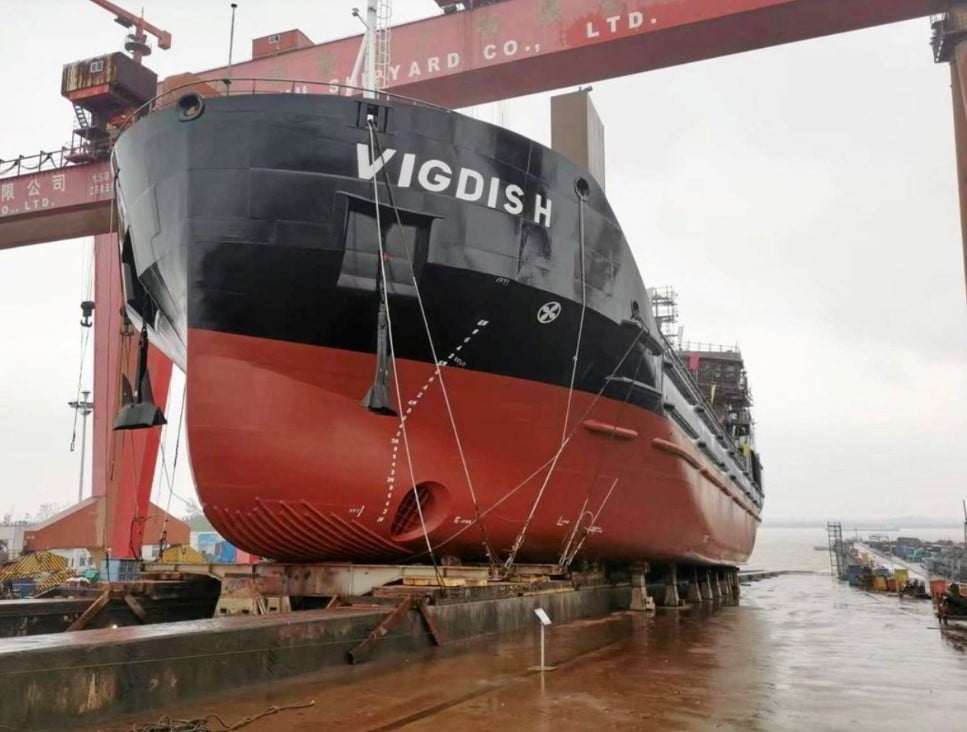