The 27 rescued persons who have been on board Maersk Etienne, a tanker owned and operated by Danish Maersk Tankers, for 38 days have been safely disembarked.

The rescued group of people include a pregnant woman and at least one minor.

They were transferred to the ship Mare Jonio operated by the non-governmental organisation Mediterranea on September 11, Maersk Tankers said.

The transfer is being announced after incessant calls from the shipowner and several industry bodies urging for the rescued people to be disembarked as the ship was running low on supplies and the crew could not provide the affected people with the medical assistance they needed.

“We have been increasingly concerned for the rescued persons’ physical and mental health following their prolonged stay onboard Maersk Etienne. The situation has worsened following the recent incident where three of the persons jumped overboard, and we have seen continuous issues with minor medical aliments and a recent threat to go onto hunger strike,” Maersk Tankers said.

Mediterranea has committed to conduct a health assessment of the migrants using the medical team onboard the Mare Jonio.

On Sunday, the company confirmed that the migrants had disembarked in Pozzallo, Sicily.

“The Mediterranea volunteers simply did what the Maltese and European authorities should have done: they got on board, provided initial medical assistance to the twenty-seven refugees and migrants rescued by the Danish ship and immediately noticed an unsustainable situation,” the NGO said on Sunday.

“What is at stake today is more and more clearly, for activism at sea, the struggle for a Europe other than the shame of Moria, Libya and Etienne, beginning with a new way of narrating migrations and linking them to the social mobilizations that are taking place in the context of the pandemic.”

As informed, Maersk Etienne will proceed to a suitable port where the crew would be debriefed and provided with the required care.

Maersk Tankers said the captain and the crew of the Maersk Etienne “have honorably fulfilled their duty at sea, and we are proud and greatly appreciative of their efforts.”

“We thank them, Mediterranea, shipping and trade associations and human rights groups who have supported us since the rescue operation took place.”

“We are relieved and grateful. The rescued persons can now finally get the medical care they need and our crew can continue their voyage safely. While we are appreciative of the support from Mediterranea in helping us to bring a closure to this unprecedented situation, we are at the same time deeply concerned that it has not been possible to find a solution before now. It has been very difficult for the rescued persons and our crew,” says Tommy Thomassen, Chief Technical Officer, Maersk Tankers.

At the end of August, there were more than 400 rescued migrants and refugees currently onboard three vessels in the Central Mediterranean, according to UNHCR.

This is in part due to harshes disembarkation policies employed by countries like Italy, Malta and Spain, which feel overburdened by the inflow of migrants to their shores while other EU member states refuse to pitch in.

This has often meant that migrants who were picked up from the sea were turned away from Italian ports and sometimes even taken back to Libya.

The shipping industry has been aware of these developments, especially in the wake of an ever lower number of NGOs sending rescue ships out to the Mediterranean to save lives.

Commercial shipping has been picking up the slack for the lack of inadequate response from the European Union to the migrant crisis for years now.

The Maersk Etienne is the third incident this year in which a merchant vessel has been stranded caring for people rescued at sea. In May, the Marina was delayed for six days with some 80 rescued people on board before being able to disembark, while in July, the Talia took four days out of its scheduled journey to care for 50 people who were finally allowed to disembark in a place of safety after 4 days. 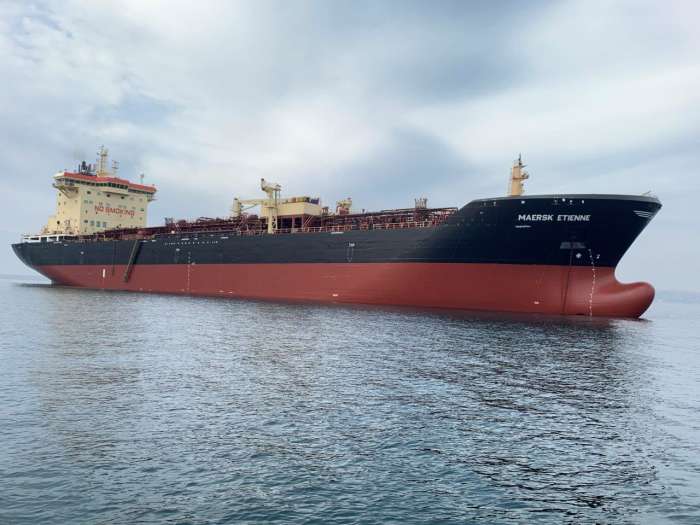