The contract represents the company’s largest methanol order this year.

The Alfa Laval FCM Methanol system will be installed on six 1170 TEU container vessels ordered by Eastaway, a member of the X-Press Feeders Group. The new vessels, to be built at Chinese shipyards Ningbo Xinle Shipbuilding Group and New Dayang Shipbuilding, will have two-stroke MAN B&W ME-LGIM engines that can run on methanol as well as conventional fuels.

The FCM Methanol deliveries will begin in June 2023.

“With their ability to sail on green methanol, these vessels will be front-runners in the move to carbon-neutral operations. Methanol is a major advance on the path to decarbonization, and the FCM Methanol can be instrumental for shipowners in making the leap,” says Peter Nielsen, President, Alfa Laval Marine Separation & Heat Transfer Equipment.

Alfa Laval said that its FCM Methanol was selected for the project due to its unique flexibility because it can be adapted to any engine and vessel design, enabling turnkey LFSS deliveries.

Since 2015, the system has been chosen in nearly 20 methanol projects for more than 10 large shipping companies, Alfa Laval said.

One year ago the number of methanol-powered vessels stood at modest 30 ships. Today, this number stands at 62 vessels, including those in operation and those on order.

The key benefits of methanol include its density, which doesn’t affect the load capacity of ships, the fact that it is relatively safe to bunker, and that it has an attractive price. 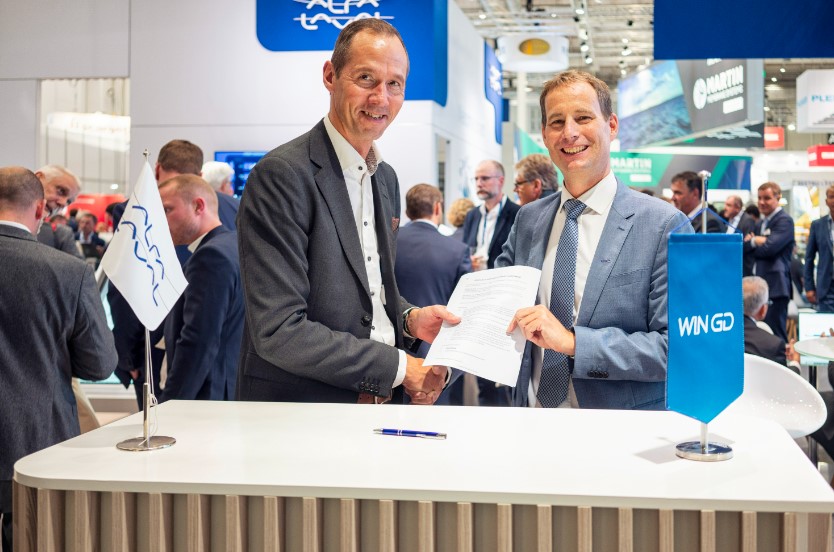