As informed, the 25,000 dwt newbuilding has begun its voyage to Canada from the 3 Maj Shipyard in Croatia.

The vessel, the ninth Equinox class vessel to join the fleet, will journey across the Atlantic to Canada where it is expected to begin trading on the Great Lakes in November.

The Algoma Intrepid is the sister ship to the Croatian-built Algoma Innovator, which entered service in early 2018 as the newest and most efficient river class vessel to enter the Great Lakes market in almost 40 years.

Like its sister ship, the Algoma Intrepid features a forward-mounted boom, enabling cargo to be delivered at hard-to-reach docks, providing greater flexibility.

Back in 2017, work on Algoma Intrepid was halted when the Croatian shipyard entered an extended period of financial difficulties. Algoma subsequently cancelled the remaining vessels it had on order at 3. Maj shipyard. However, in September 2019, Algoma confirmed again the contract with 3. Maj to acquire one Equinox class self-unloader upon its completion.

Apart from Uljanik, another batch of Equinox-class vessels have been built in China for Algoma Central Corporation, with the lead vessel delivered in 2013. This batch also includes the so-called Seaway-Max Equinox-class ships.

Algoma disclosed that the keel has been laid for the new Captain Henry Jackman at Jiangsu Yangzi-Mitsui Shipbuilding Company in China.

This Seaway-Max gearless bulk carrier is expected to be delivered during the second quarter of 2021 and will be the newest and most efficient vessel in Algoma’s domestic fleet.

The design is being coined “Equinox 3.0” and it includes improvements in cargo deadweight capacity and equipment, all while maintaining the numerous performance efficiencies of the original Equinox-class design.

The company also owns ocean self-unloading dry bulk vessels operating in international markets and a 50% interest in NovaAlgoma, which owns and operates a diversified portfolio of dry-bulk fleets. 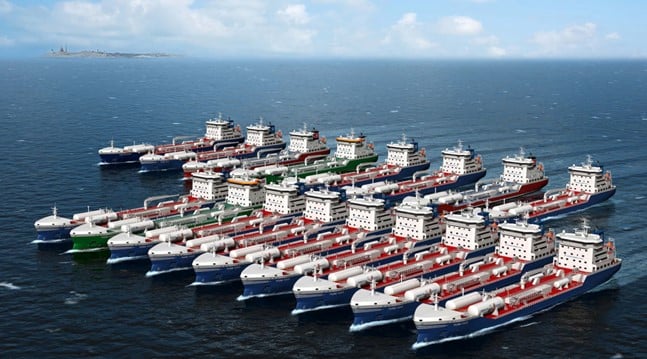