He will succeed Kelly McHenry who has been the ARO Drilling CEO since the formation of the joint venture company in 2017.

Kent, who was previously the VP of Middle East, Africa, and Asia Pacific at Valaris, said: “To be offered the CEO position in ARO is a very humbling experience for both me and my family and I am excited to take hold of the reins of this incredible company.

“Like all of us, it is a choice to be part of this work team, one that I am looking forward to because I truly believe ARO has embarked on the journey to becoming the premier drilling company in the kingdom.

“Our mission is clear, to Develop, Deliver and Drive. We have an incredible opportunity for growth and innovation as we start our self-funded new build program, working in partnership with the world’s largest and most reputable oil company Saudi Aramco whilst providing sustainable long-term career paths for our people.

“We will continue to drive the process in everything we do noting actions speak far louder than words. We are a company bound by operational excellence always striving to do the right thing with the right intentions, bound by our core values while ensuring lessons learned are acted upon, consistently and efficiently across all our rigs“.

Kent will lead a company that operates 16 jack-up rigs both owned and leased with a plan in place to build 20 additional more jack-ups over the next ten years.

It is worth noting that rig builder Lamprell won a formal award from International Maritime Industries for the fabrication and delivery of two jack-up drilling rigs for ARO Drilling back in January this year.

International Maritime Industries cut first steel on the first of two newbuild rigs in May. 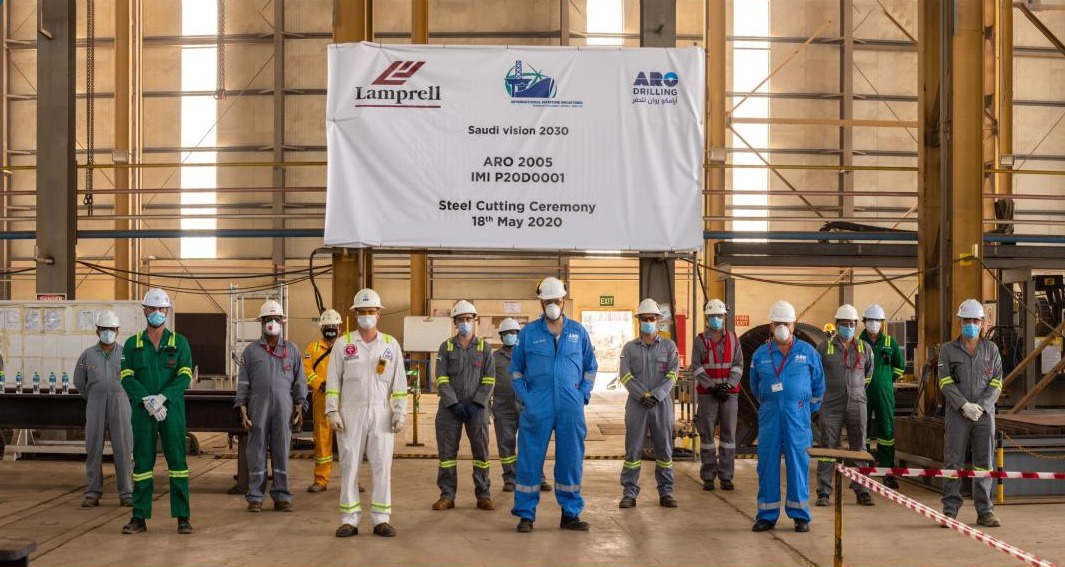