Under the agreement, the parties will explore the feasibility of developing a green hydrogen facility, with a capacity of at least 40,000 tonnes per annum, powered by 250-4000 megawatts of geothermal energy in the initial phase.

The hydrogen production facility could have the potential to scale up to 80,000-160,000 tonnes per annum, depending on the availability of geothermal energy as well as market demands.

According to an International Energy Agency (IEA) report, the country has a viable path to reaching its target of net-zero emissions by 2060, with hydrogen and ammonia expected to be important lower-carbon fuels as part of this roadmap.

Ammonia can also be used to transport hydrogen and potentially be used to replace bunker fuels as a lower-carbon solution in the global maritime industry.

Cindy Lim, CEO of Keppel Infrastructure, said: “Indonesia is a country with vast resources and enormous potential for renewable and low carbon energy. We are happy to partner with industry leaders, Pertamina and Chevron, to explore the first-of-its-kind use of geothermal and other renewable energy to develop green hydrogen and green ammonia projects and support Indonesia’s energy transition efforts, as well as catalyze investments in green energy supply chain in the regions.”

Earlier this year, Chevron and Pertamina formed a partnership to explore lower-carbon business opportunities, including carbon capture, utilisation, and storage (CCUS) and hydrogen, as part of efforts to support the government of Indonesia’s net-zero emission target in 2060. 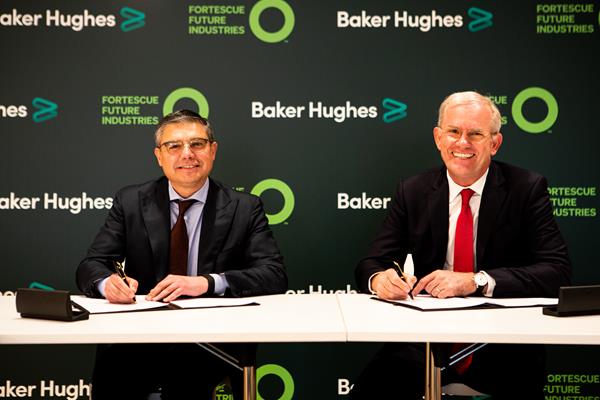