The two ships were ordered back in January 2020.

The new Superstar ro-pax vessels are set to start operating in July and December 2023 in the Finland–Sweden traffic. They will be larger than the existing Star class vessels and will be Finnlines’ flagships both in terms of size and technology.

With a length of about 235 metres, their loading capacity will be 5,100 lane metres for rolling freight and 1,100 for passengers. In other words, the vessels have the capacity to carry approximately 200 cars and 290 trailers or 250 trucks per voyage.

What is more, the Finnish ferry operator has contracted Silverstream Technologies to install its air lubrication technology on the two ships to cut fuel consumption.

Finnlines said that digitalization plays an important role in vessel design, adding that the aim is to develop “a paperless vessel”, so all printed materials will be replaced by digital screens and mobile services.

“We want to lead the development of high-quality ro-ro and ro-pax services in the Baltic Sea. The new Superstar vessels as well as our whole Newbuilding Programme ensure that we are able to continue to offer premier services to our customers,” says Emanuele Grimaldi, CEO of Finnlines.

The 17,400 dwt Finneco I will be heading on the Finnlines’ Biscay–North Sea–Baltic Sea service at the turn of the year, according to its owner.

The launching was followed by the keel-laying ceremony for the second ferry from the series at the same yard on 12 May.

The second and third vessels in the series, Finneco II and Finneco III, are planned to be delivered in 2022. 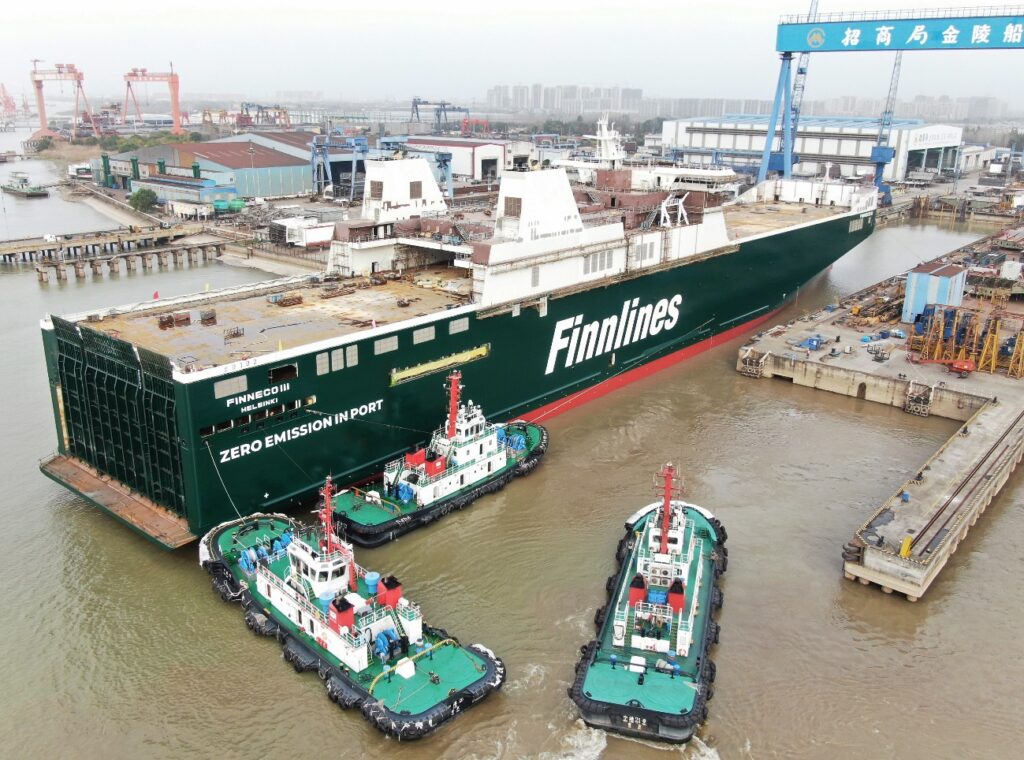