CWind, part of the Global Marine Group, has launched its CWind Poineer vessel, the world’s first hybrid-powered Surface Effect Ship (SES), according to the company.

The vessel was developed in response to an industry-wide push to develop and deploy innovative technologies that reduce CO2 emissions, while cost-effectively servicing offshore wind farms, CWind said.

The vessel has a hybrid diesel and battery electric power system which enables it to operate purely on battery power while in harbour or at standby in the wind farm.

The 24-pax CWind Pioneer can operate at speeds exceeding 43.5kts, and can transit and transfer safely in sea states in excess of 1.8m Hs, while minimising motion and acceleration through its air cushion motion control system, CWind said, adding that the vessel is over 20 per cent more fuel efficient than conventional CTVs running at 24kts on a mile for mile basis.

“For a typical windfarm situated 30nmi from port, this translates to a reduction of over 110 tonnes of CO2 per vessel, per year, by using the hybrid SES”, the company states. “This figure excludes the savings of the hybrid system, which will allow the vessel to be zero emission ship infield while technicians are carrying out their work on the turbines. Specific figures will be shared once these savings are proven, but initial desk top studies suggest a 30%-50% saving over conventional vessels”.

In 2019, Ørsted signed a contract with CWind for the delivery of CWind Pioneer for the Borssele 1 & 2 offshore wind project in the Netherlands.

The hybrid SES crew transfer vessel was developed in partnership with ESNA, a Norwegian ship design company, and built by Wight Shipyard in the UK. 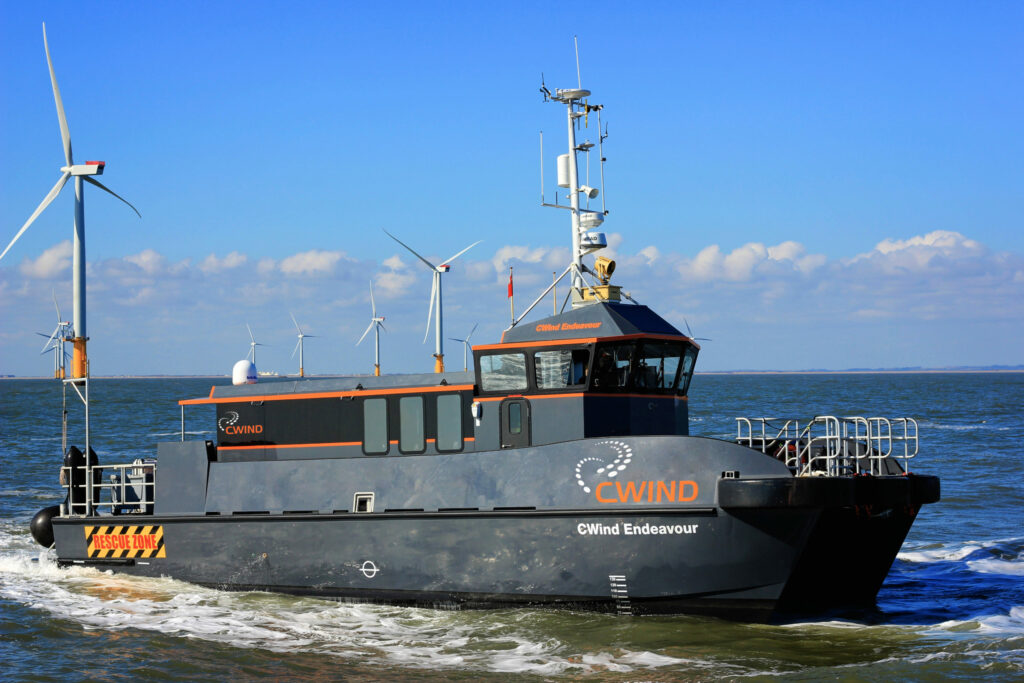