Namely, the project will develop an enhanced wideband sonar system based on the principles of the marine mammals’ detection capabilities and which will dramatically improve the range of data collected by wideband sonar devices.

According to project participants, the technology will enable users to locate accurately underwater objects, as well as identify their structure and composition, without making any direct contact. Existing sensor products cannot penetrate objects, instead providing only an image outline.

The system could have a variety of applications, helping surveyors to find blockages in pipelines, determine whether an underwater support is still structurally sound or identify wildlife on the seabed.

Dr Keith Brown, Associate Professor at Heriot-Watt’s School of Engineering and Physical Sciences, said: “Bottlenose Dolphins are extremely good at detecting objects in the water; using sonar they can detect fish in the sand which can’t be seen by the eye. Earlier research also showed that dolphins can differentiate between the contents of a variety of filled aluminium bottles using signal processing.

“We analysed the characteristics of these signals and, using transducers, have reproduced frequencies within the same parameters: as close as possible to those created by dolphins. This breakthrough means our new wideband sonar system can provide its users with even greater environmental, seabed and structural detail. It could, for example, be used to detect a variety of underwater objects, hairline cracks in oil rigs’ support legs or changes to the sediment on the seafloor.”

In addition to providing users with additional information, the system will be deployable on range of nautical vehicles, including autonomous underwater vehicles and remotely operated vehicles. Multiple surveys can be conducted from one ship, making the device an economic way of collecting data. 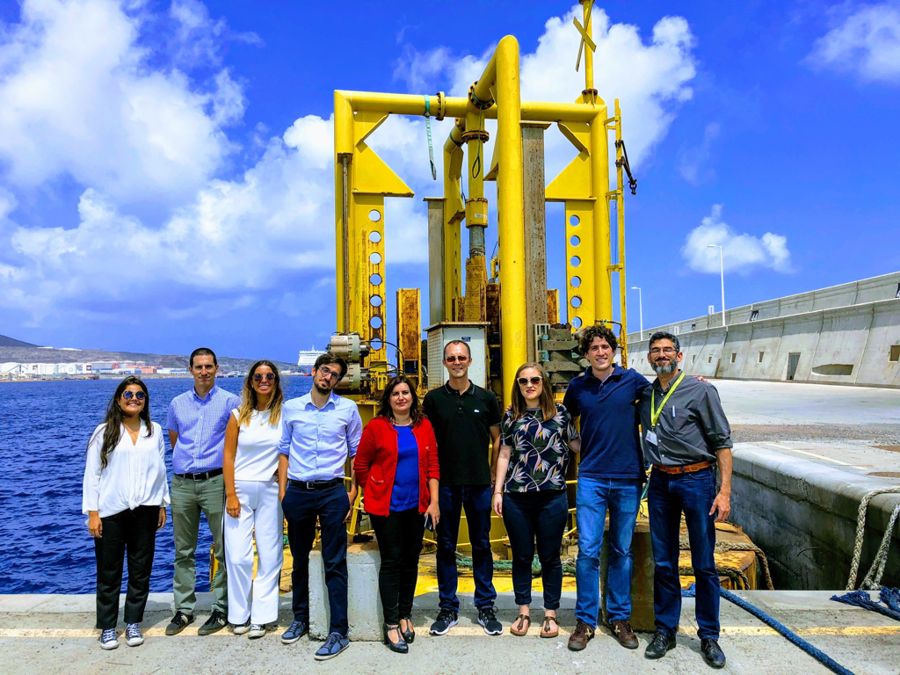