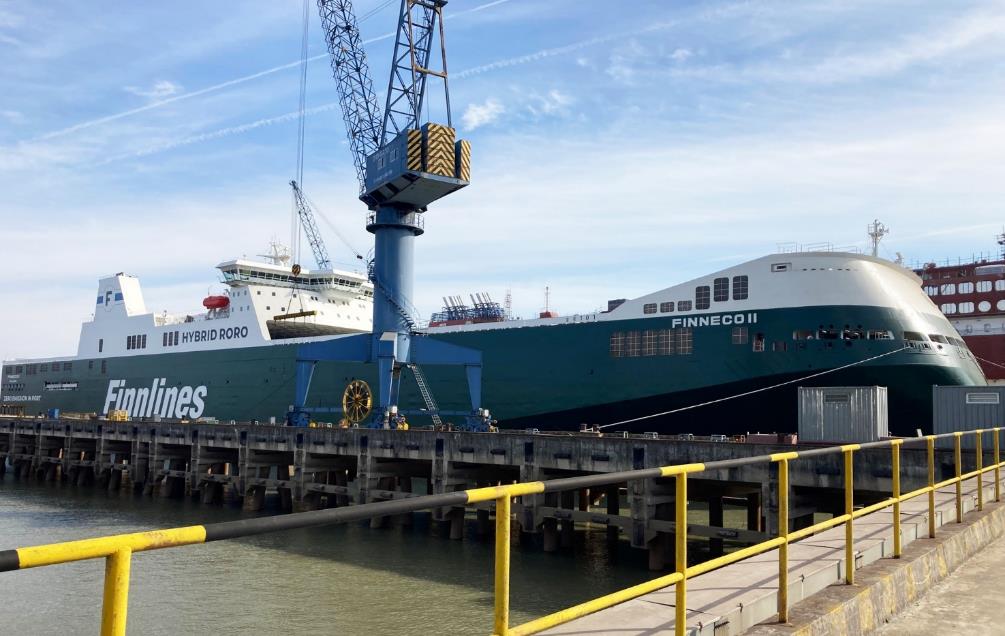 The delivery ceremony took place at the China Merchants Jinling Shipyard (Jiangsu) in China on 30 May 2022.

The vessel will enter Finnlines’ Biscay line, where it will join the sister vessel, Finneco I, which was handed over to its owner last month.

The third vessel, Finneco III, is planned to be delivered at the beginning of June 2022.

All three vessels will sail under the Finnish flag and will enter Finnlines’ Baltic Sea, North Sea and Biscay traffic.

Green plus for the environmental performance

Classification society Rina has assigned an additional class notation “Green Plus” for the vessel’s environmental performance. The vessel has been fitted with two-stroke main engines, which have a lower specific fuel consumption than four-stroke engines.

An air lubrication system under the keel will reduce frictional and hydrodynamic resistance and consequently reduce fuel consumption and emissions.

Zero emissions during port calls can be achieved with a battery power bank of 5 MW. The batteries are recharged during sailing and 600 m2 of solar panels will also generate power.

“Our ongoing EUR 500 million newbuilding programme follows our strategy and we continue to deploy larger and larger vessels to benefit from economies of scale. The new ships exceed high environmental standards and ensure a reliable supply of goods to and from Finland,” Emanuele Grimaldi, Chairman of the Board, Finnlines, said.

Finneco II is 238 metres long with a cargo capacity of 5,800 lane metres. Consequently, the vessel can carry 400 trailers per voyage.

Compared with the largest vessels in today’s Finnlines fleet, the cargo carrying capacity of the hybrid newbuilds will increase by nearly 40%.

Nevertheless, efficient cargo operations will be ensured by the arrangement of stern ramps, internal ramps, and hoistable car decks.

At the same, the vessels will be flexible – a hoistable deck makes it possible to load any type of rolling freight up to 7 metres.

The vessel will have the highest Finnish/Swedish ice class. 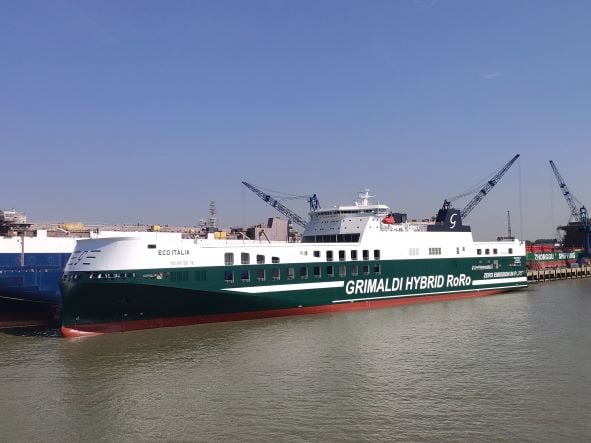