For the first time ever, a Dutch-made wave energy converter has been installed in the coastal waters of the Netherlands by the company Slow Mill Sustainable Power, which plans to use the demonstration to further streamline its wave energy technology.

The Slow Mill – 40 is a heave-and-surge wave energy converter that makes use of the up and down, and back and forth motion of the waves in the whole water column to produce clean power.

Rated at 40kW, its aim is to demonstrate the production of electricity and survivability systems during this North Sea trial.

The device works by making use of rotating water particles, as it has been specifically designed to follow this movement and to come into resonance with the wave to convert its energy in an optimal way.

Upon successful tests, Slow Mill Sustainable Power plans to scale up and provide renewable energy to Dutch Wadden Islands, with the combination of wave and wind at sea seen as profitable business model by the company.

Earlier, Slow Mill Sustainable Power completed the engineering and construction of the device, which was then launched in a harbor, creating a milestone in itself for the wave energy company.

Few weeks later, the device was towed to its location, four kilometers off the coast and released in order to reach a vertical position while the floater stayed above the water.

The device, scaled at 1:2.5, was then attached to a 50-tonne concrete anchor which was installed in 2019 and has since been researched for its benefits for the biodiversity in the area.

For now, Slow Mill Sustainable Power’s aim is to test and optimize the energy generating process. In a later stage, a cable to land will be added to provide electricity for 100 households on the island of Texel.

Perpetual innovation in the face of obstacles

After being deployed at sea for a week, the company is carrying out an evaluation of the data gathered and the first test results.

According to Slow Mill Sustainable Power, the preliminary results show that the structural integrity of the components remained as designed for. The building and construction process, however, needs to be further improved to prevent future operational risks.

Also, securing the power take-off (PTO) must be implemented before continuation of the energy tests, the company confirmed.

Therefore, the device has been retrieved temporarily to make these improvements, and will be redeployed in the North Sea soon, according to the company.

Erwin Meijboom, Slow Mill Sustainable Power’s co-founder, said: “We are a company that design, test, and improve our products in the shortest time cycle possible. We develop and improve based on both applied research, solid engineering and insights gained from early testing in practice.

“The improvements are part of preventing operational risks. And we already are able to implement optimization measures based on the results and insights we gained. It is part of the learning cycle that we embrace as company.

“In this way, we can quickly validate and demonstrate our technology in practice. This is what makes us flexible and resilient.”

The Texel project, with a budget of €3.8 million, is a government-backed pilot, mainly funded through the Dutch Waddenfonds. 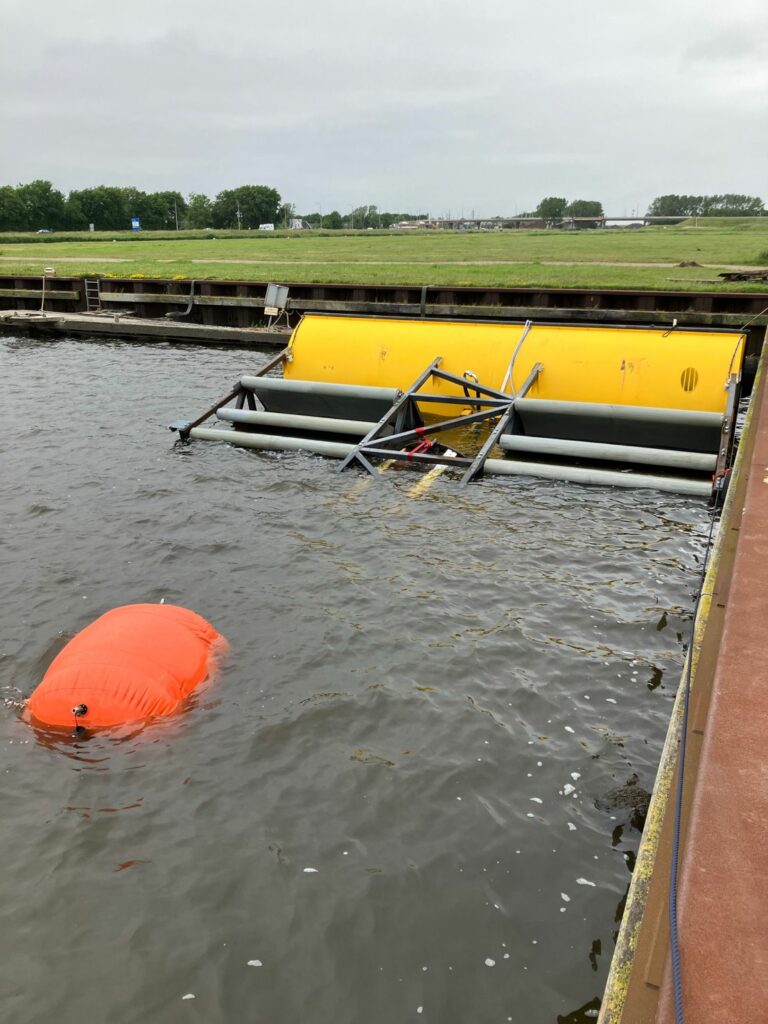