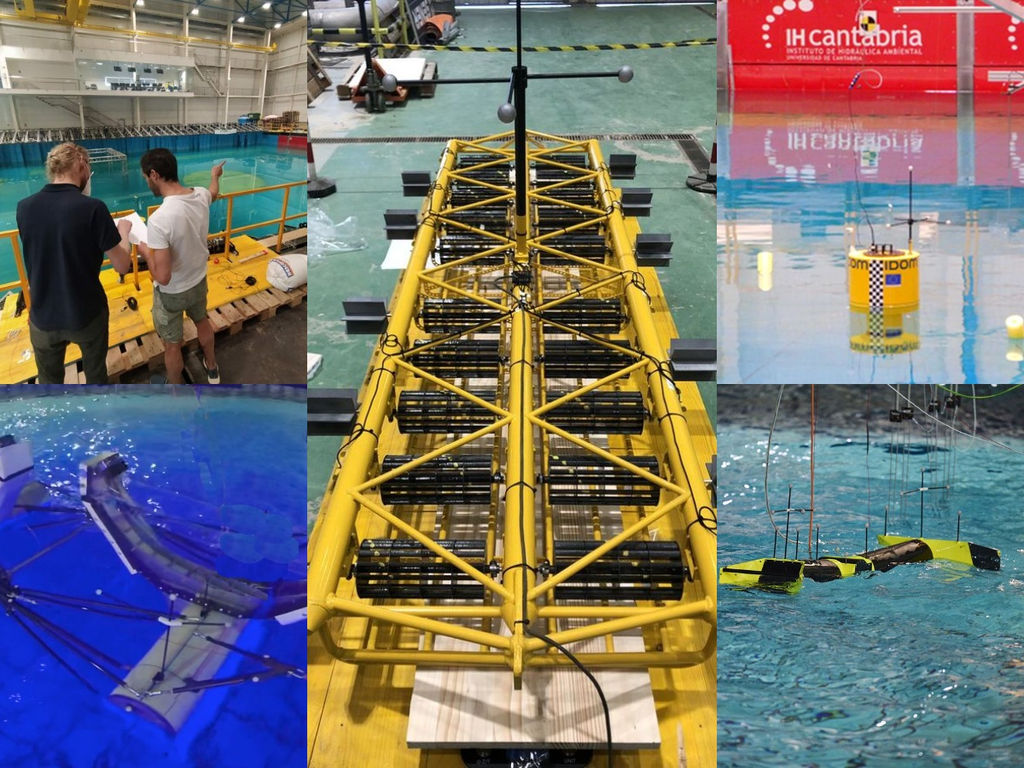 Five wave energy projects proceed to next phase of EuropeWave

Following the competitive first phase of EuropeWave’s pre-commercial procurement (PCP) program, five wave energy projects have been selected to develop their concepts further in the next phase.

The projects, progressing to the second phase in the innovative ‘Phase Gate’ process, will share a budget of €3.6 million over the next nine months to continue the development of their wave energy device concepts.

This phase will focus on the front-end engineering design (FEED) of a scale prototype device intended for open-water trials during the project’s third phase.

The companies that did not progress to the next stage are Bombora Wave Power with its mWave project, and Waveram with its wave energy technology.

Developed in partnership between Wave Energy Scotland (WES) and the Basque Energy Agency (EVE), the €20 million, five-year collaborative R&D funding program EuropeWave has been set up to procure the most promising wave energy technology solutions from developers across Europe and beyond.

Tim Hurst, managing director of WES, said: “EuropeWave is about propelling the wave energy sector further towards commercialization. We have now reached a significant program milestone with the announcement of the five most promising technologies that will proceed to Phase 2.

“Scotland’s collaboration with our European partners and the five successful technology developers means we have an ideal platform for supporting Scotland’s and Europe’s ambitious net zero targets, all while fostering greater openness, standardization and risk-sharing.”

Endika Aldaiturriaga, project coordinator from EVE, added: “It is inspiring to see that the technologies hosted under Phase 1 have shown excellent progress and produced high-quality Phase 2 proposals.

“This makes EVE confident that the program is on track to demonstrate, through Phase 3’s open-sea deployments in real sea conditions, that wave energy can play a part in delivering the goals set in the Basque Government’s Estrategia Energética de Euskadi 2030.

“The participation of EVE in the EuropeWave project, along with our Marine Renewable Energy (MRE) Demonstration Support Program and other incoming initiatives, demonstrates the Basque Country’s commitment to playing a very active role within the MRE sector, consolidating itself as a prominent actor in supporting the development and demonstration of the most promising technologies.”

In the third and final phase of the EuropeWave PCP, three prototype designs will be deployed at the open-water facilities of Biscay Marine Energy Platform (BiMEP) in the Basque Country and the European Marine Energy Centre (EMEC) in Scotland for a 12-month demonstration and operational testing program.

BiMEP and EMEC test sites booked for the final phase of EuropeWave
Posted: 27 days ago
Premium
Tender for new turbines soon to be launched for wave energy power plant in Spain
Posted: about 1 month ago
Mocean Energy secures patent for its wave energy technology in China
Posted: 17 days ago